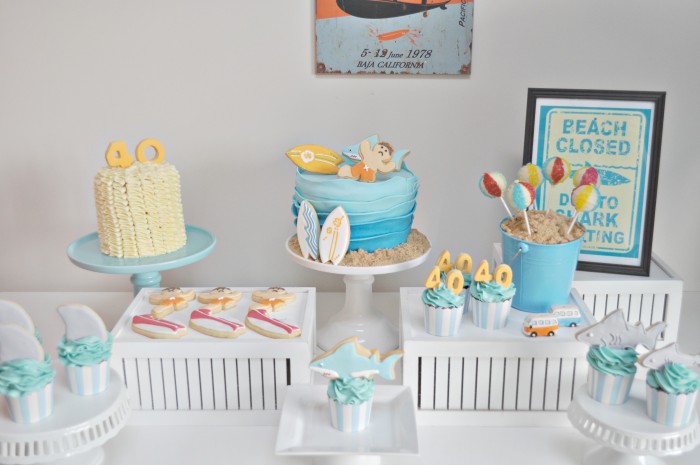 Although this picture looks like it was taken in 1973, it was actually from last Sunday when we celebrated Daddy’s 40th birthday!! As promised, I organised a surfing dessert table in memory of his surfing adventures. 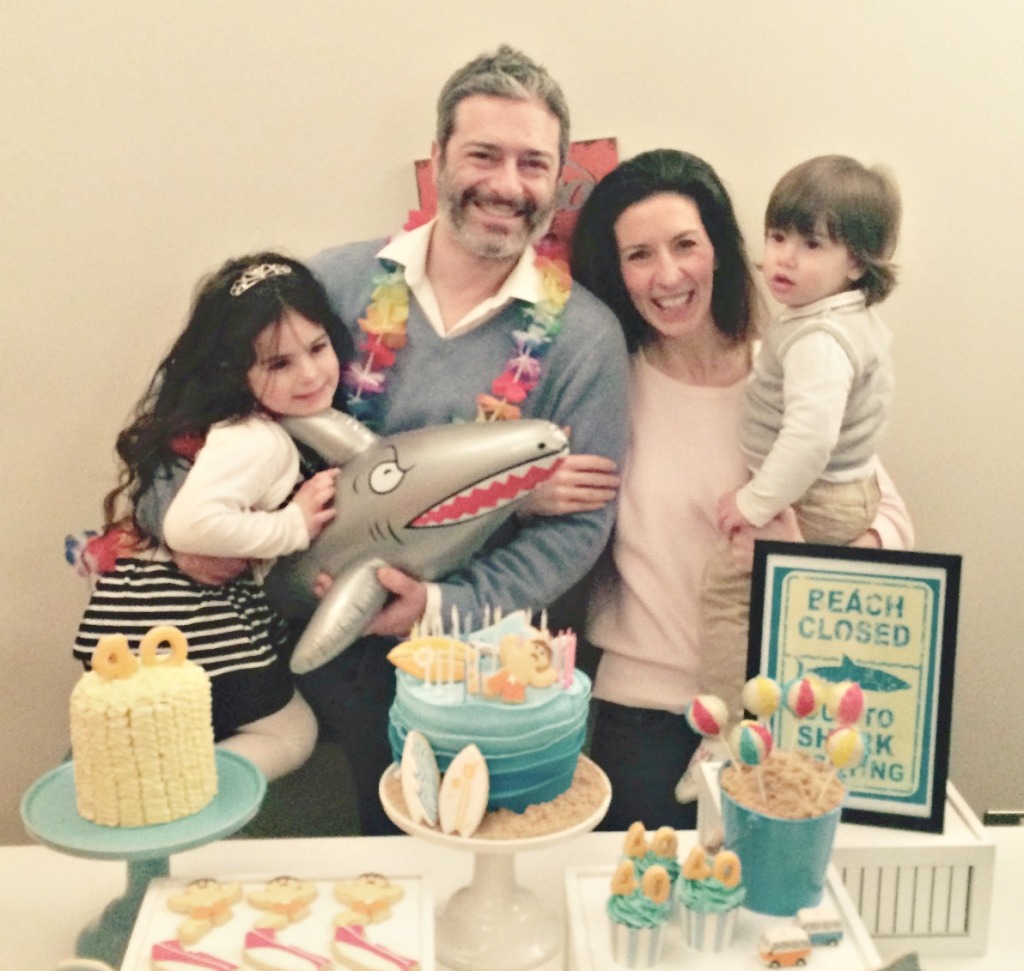 I took the Friday off from work and baked baked baked !!! There was a cake, nope actually two cakes, many cupcakes, cake pops and different cookies: sharks, surfers and surfing boards. 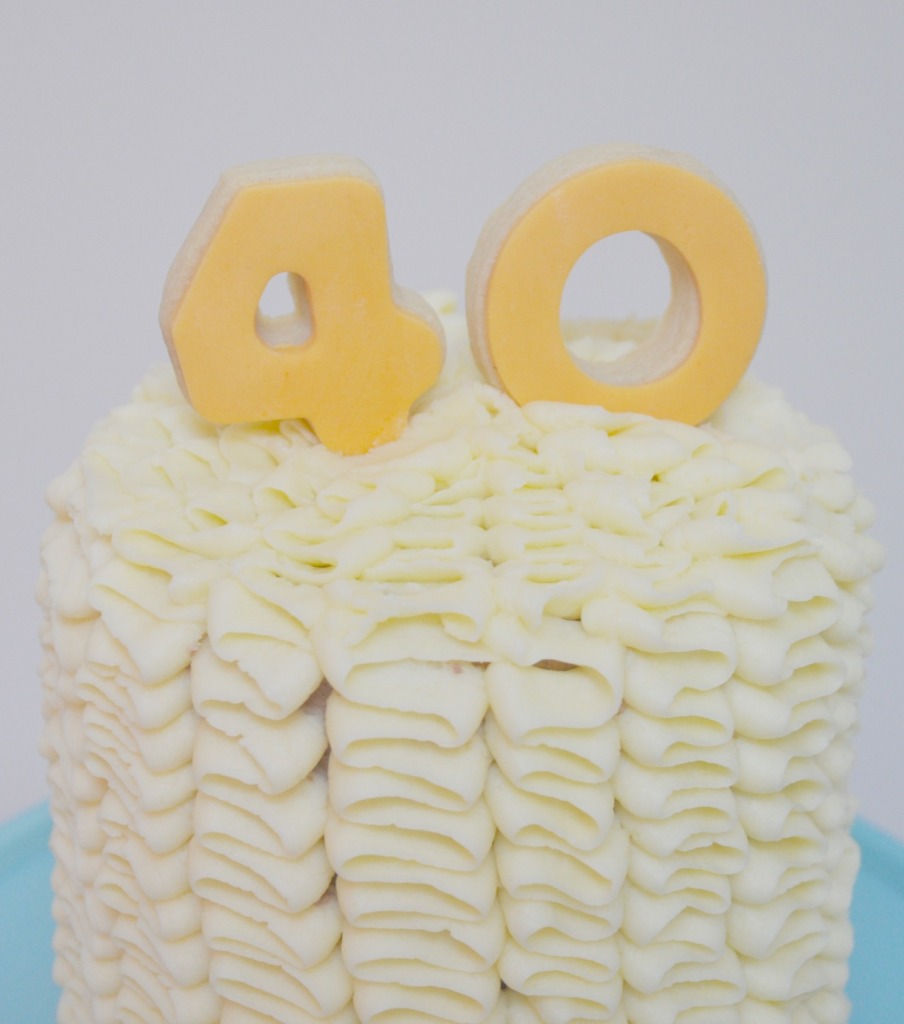 We had a very relaxing day. It was beautiful and sunny outside so while I was finishing the last touches for the table, daddy enjoyed the gorgeous weather and played outside with the kids. In the afternoon we had some friends coming over to make a toast (we had a huge bottle of Taittinger – oh yeah!) and plenty of sweets as you can see! 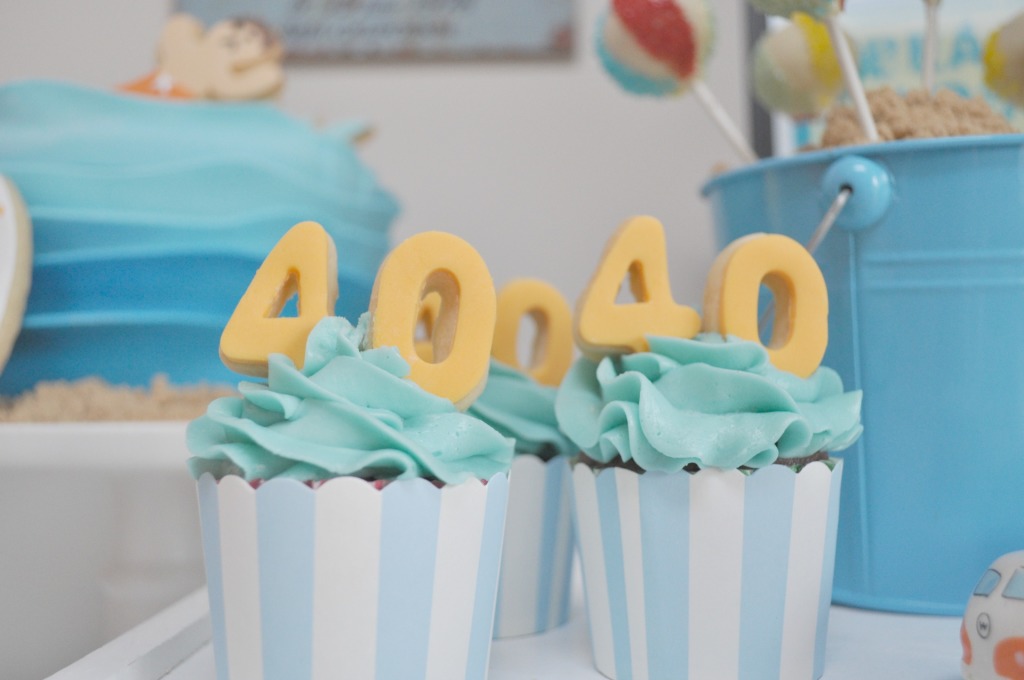 The day before, I organised a piccola surprise. I had two of his best friends flying over from Italy and they surprised him by pretending to be burglars and attempting to steal his beloved motorbike! Imagine his face! I actually made a video which is incredible funny and I might share it with you in the near future… 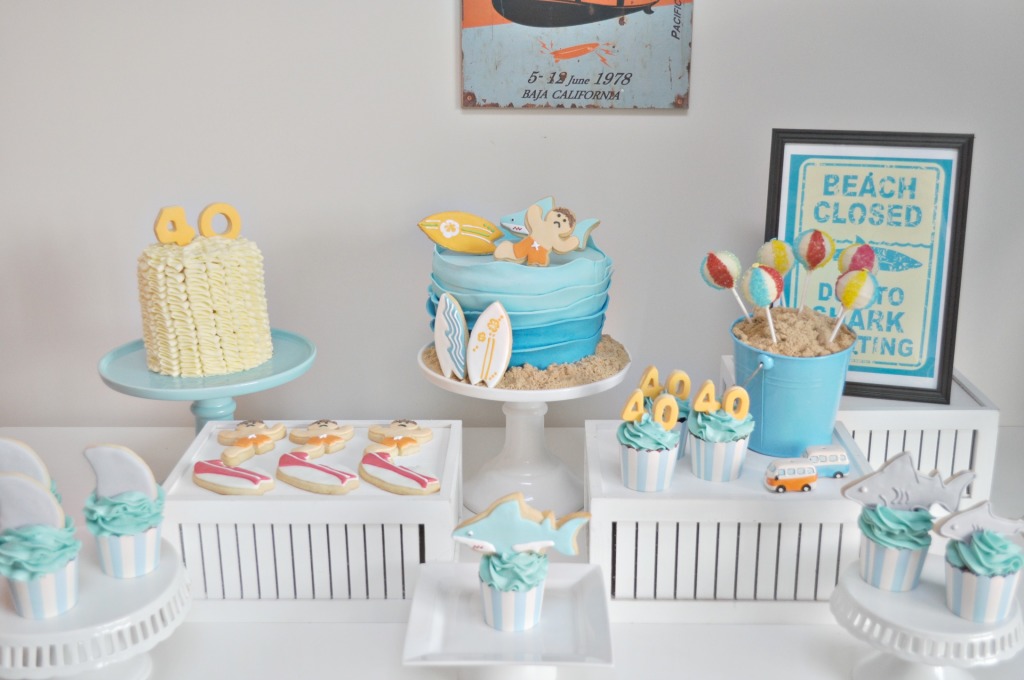 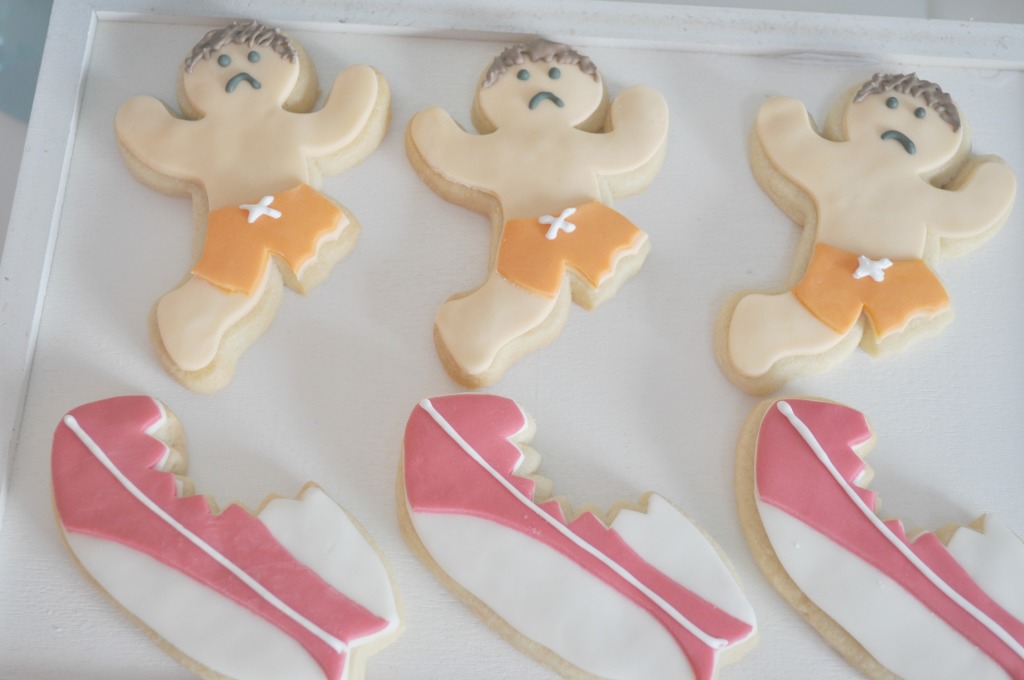 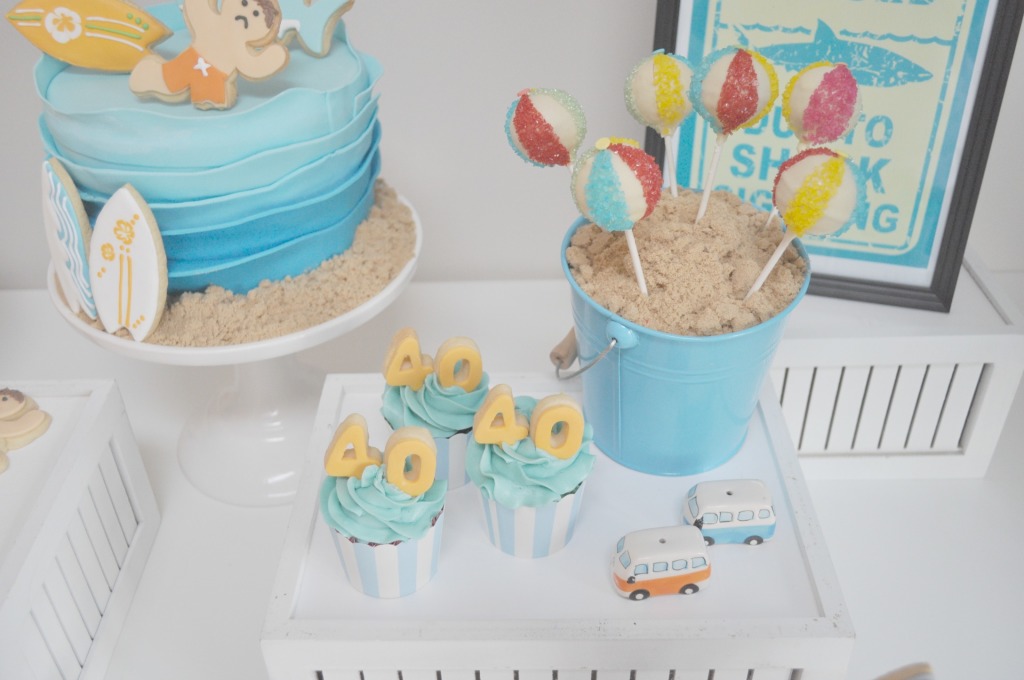 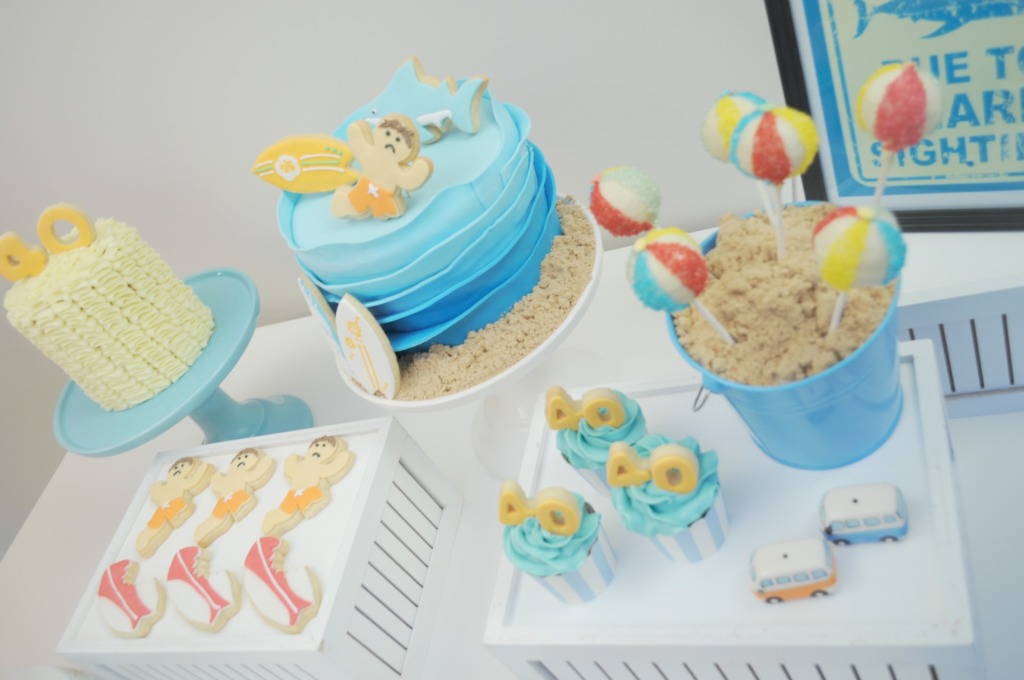 You cannot imagine how difficult it was to stick those £$*@ waves on the cake! I spent hours and they kept breaking until my genius husband proposed to place them on a parchment paper and transfer them on the cake, brilliant! It saved my night! 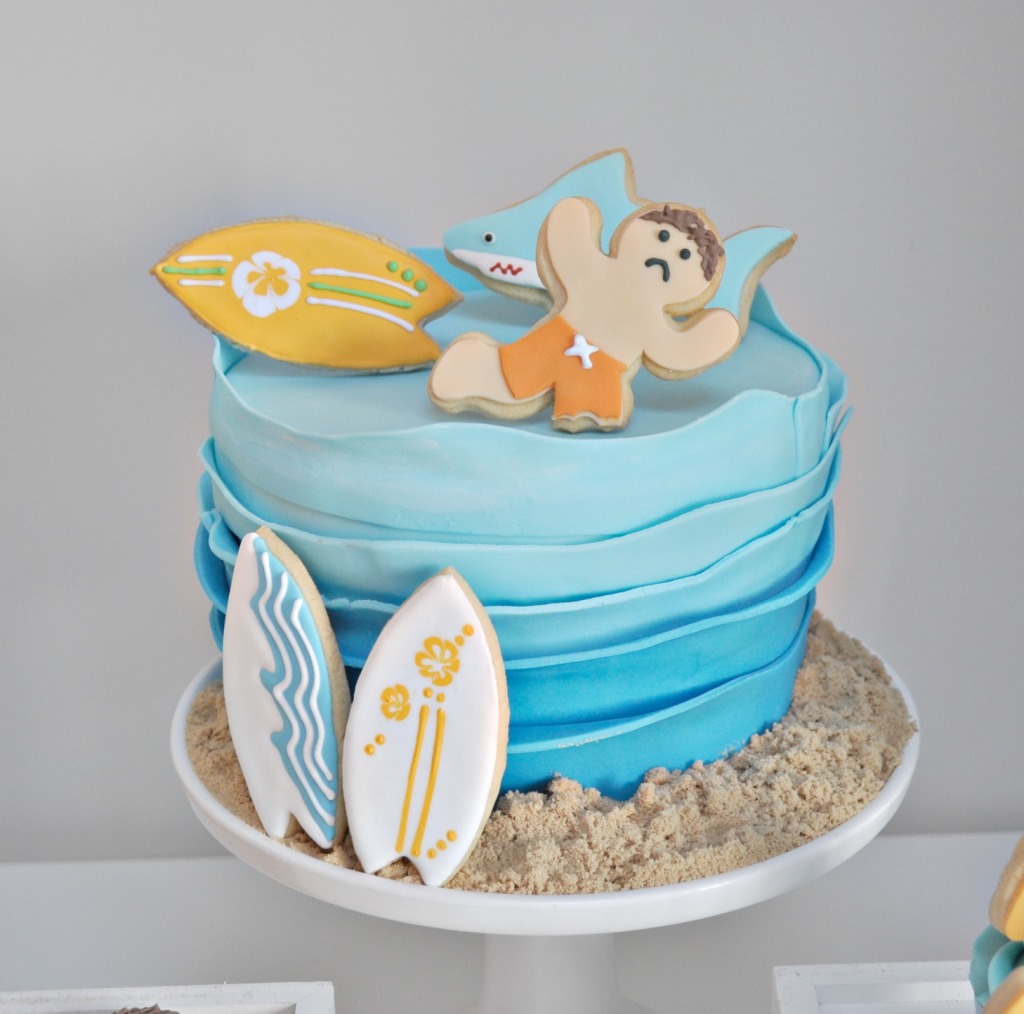 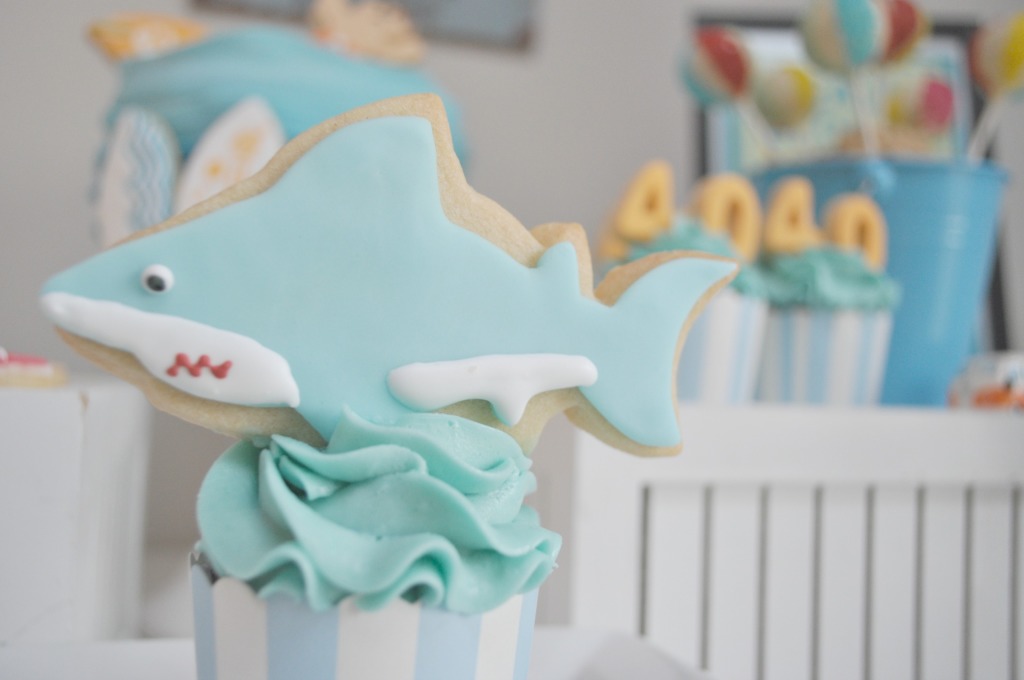 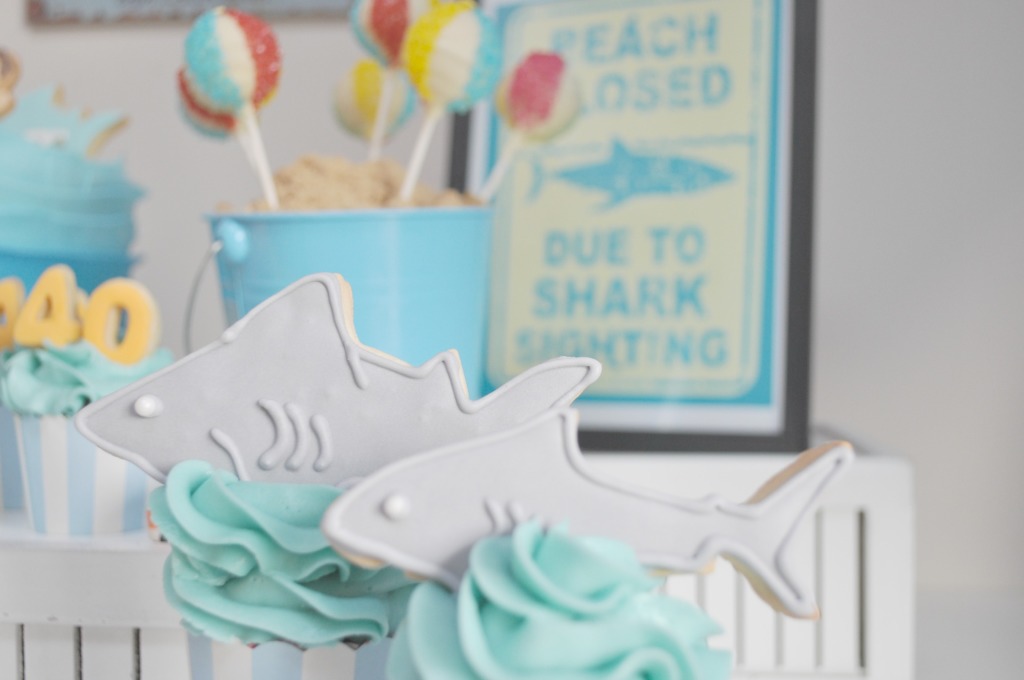 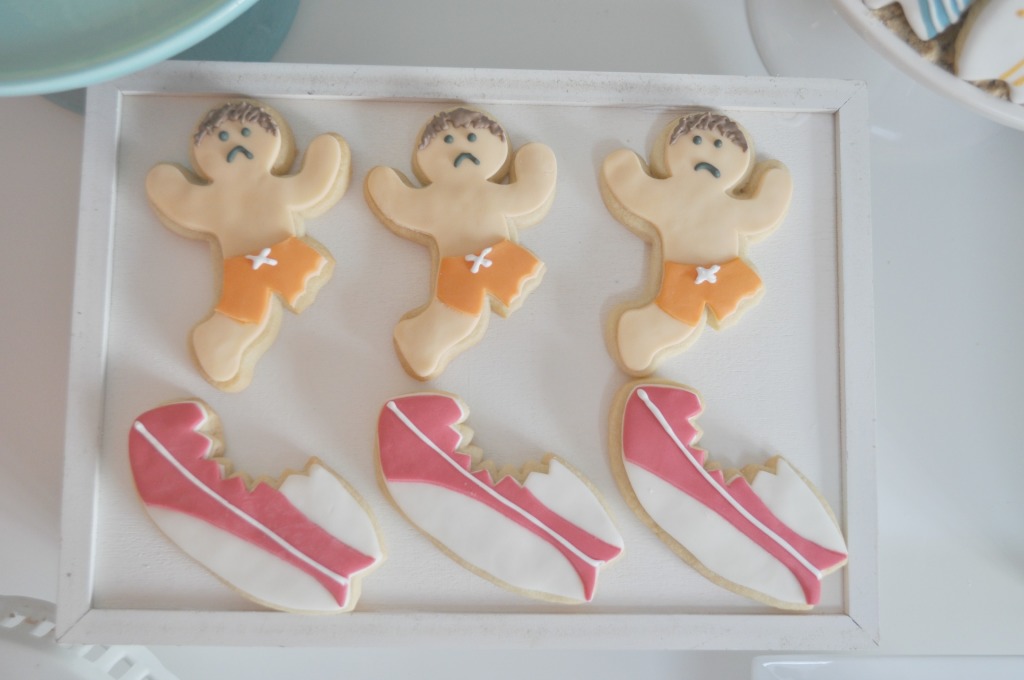 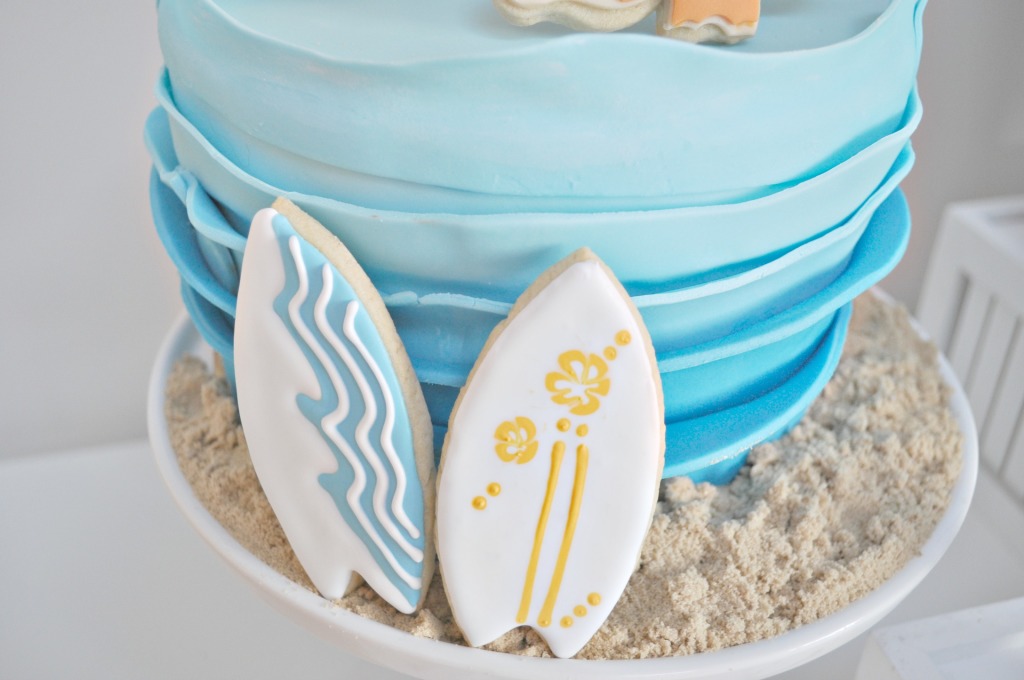 On a Friday night I started making these beach ball cake pops. I was up until 1 am and at that point I have to admit, I actually started to enjoy making them and could have carried on all night (sick I know lol). 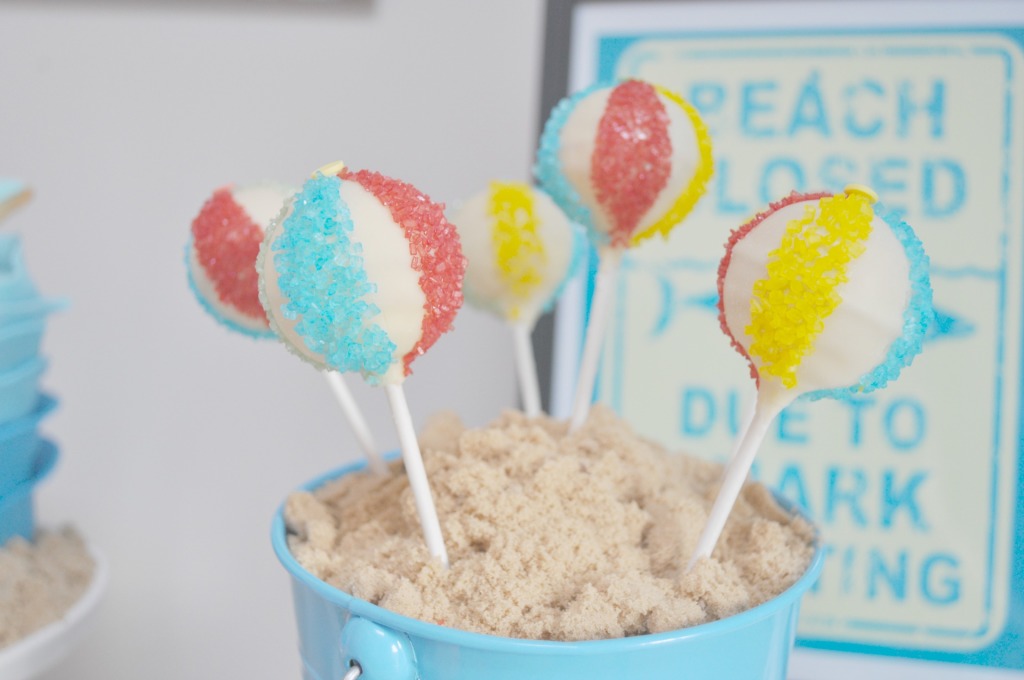 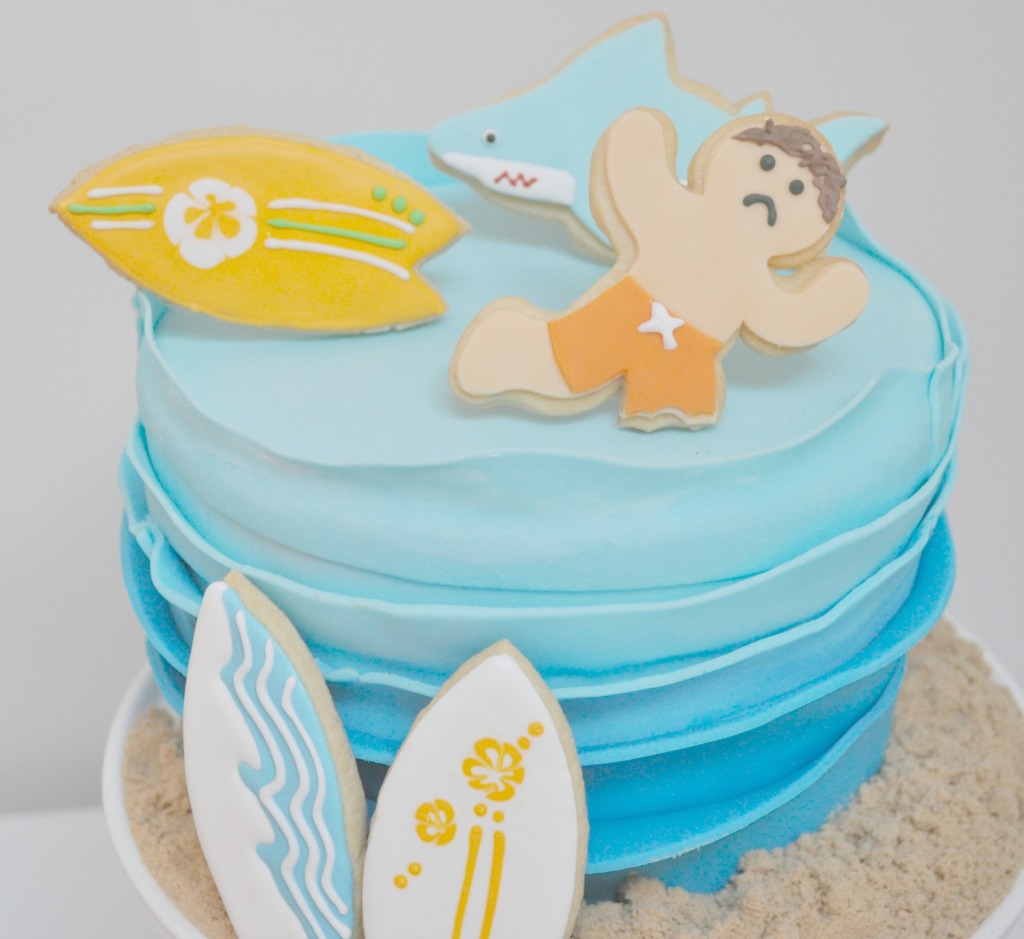 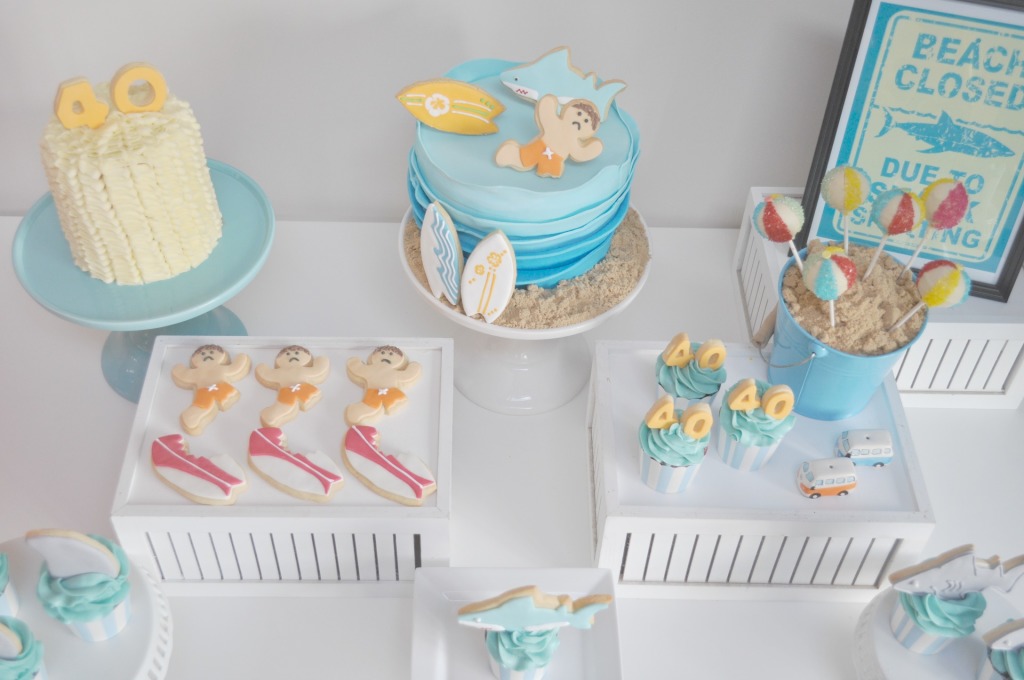 I had bought two giant balloons to decorate the table but didn’t want to include the full picture as one was bigger than the other.. explanation? They were so big that a full tank of helium wasn’t enough to fill both of them! #fail 🙁 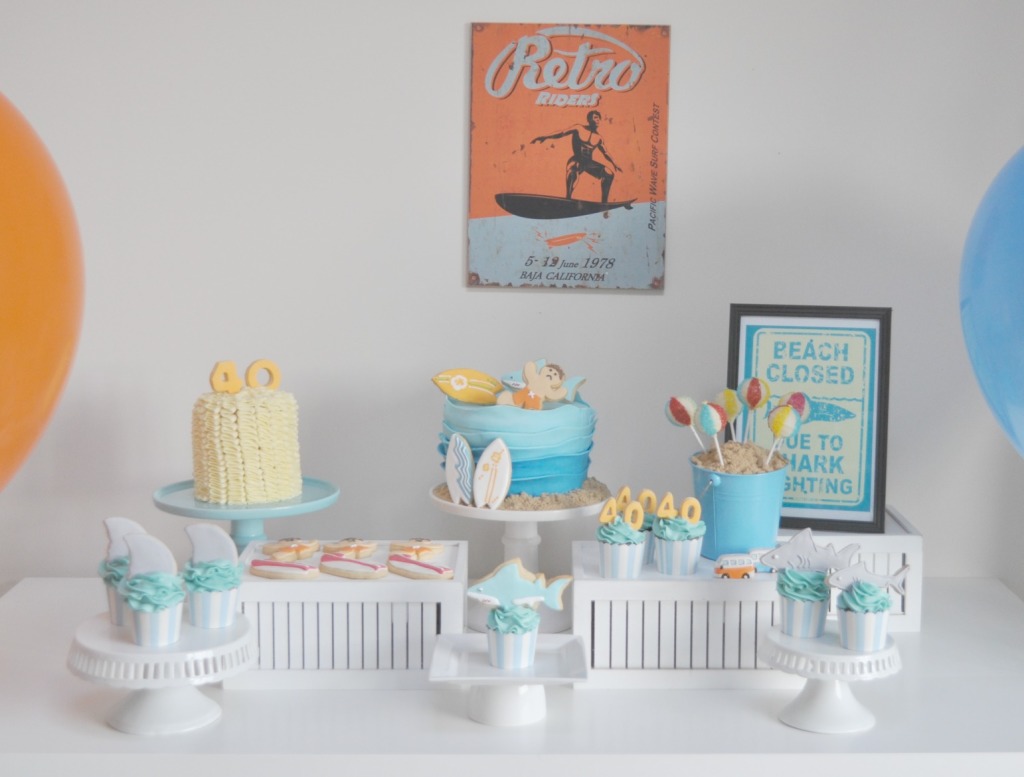 Daddy’s 40th birthday was an amazing one and we celebrated the way my husband wanted, low-key surrounded by good friends and good food! 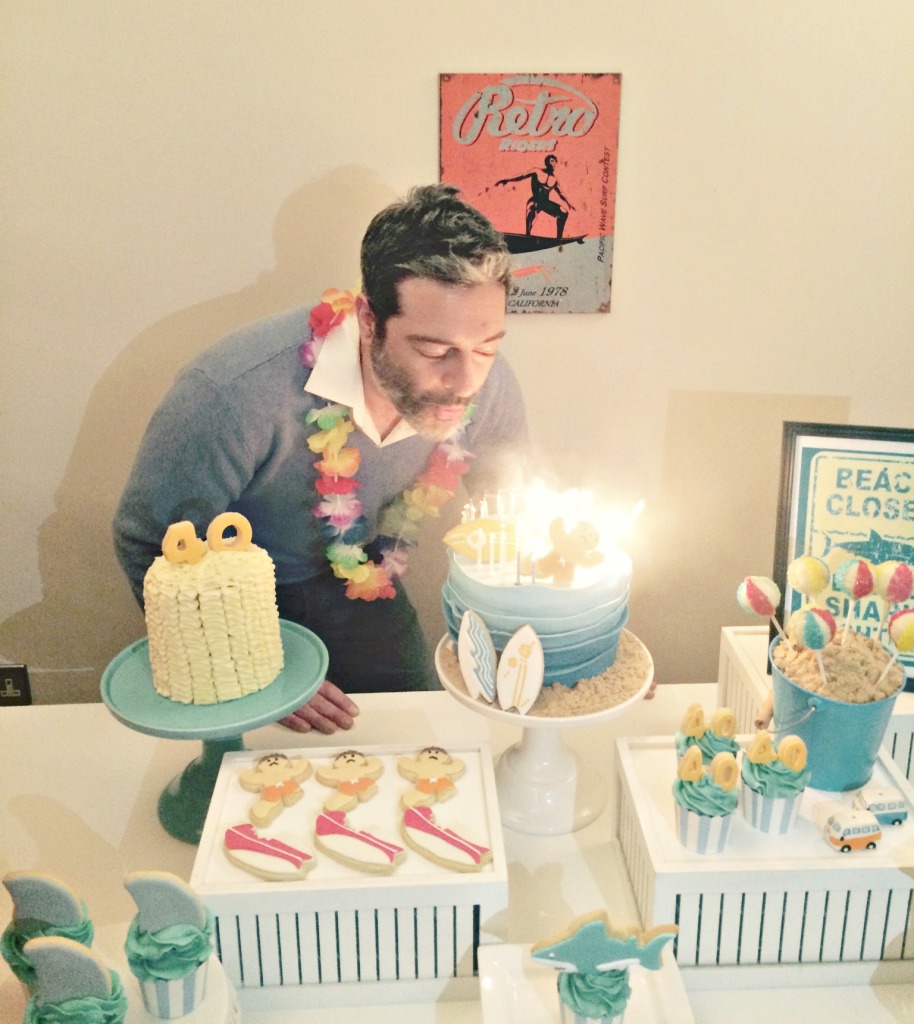