Mamma is back! And she’s got a good excuse for having left this blog without a post for so long BUT this “excuse” deserves a full post on its own so PROMISE I will make it by the end of the week.

In the meantime IT’S HALLOWEEEEEN!

I believe this is the first year that we celebrate Halloween. Firstly because we are Italians and in Italy this is not a big thing, secondly Beatrice last year was too little to understand so we just didn’t think it was that worth it to do something.

This year on the other hand, we had more reasons to celebrate, bake and cook spooky food.

Today was Beatrice last day at the nursery where she spent the last 1 and half years being cuddled and where she learned so many new exciting things. So I decided to bake some cakes and cupcakes for the children and for the nursery teachers just to say a little thanks for all the love they gave to my daughter. 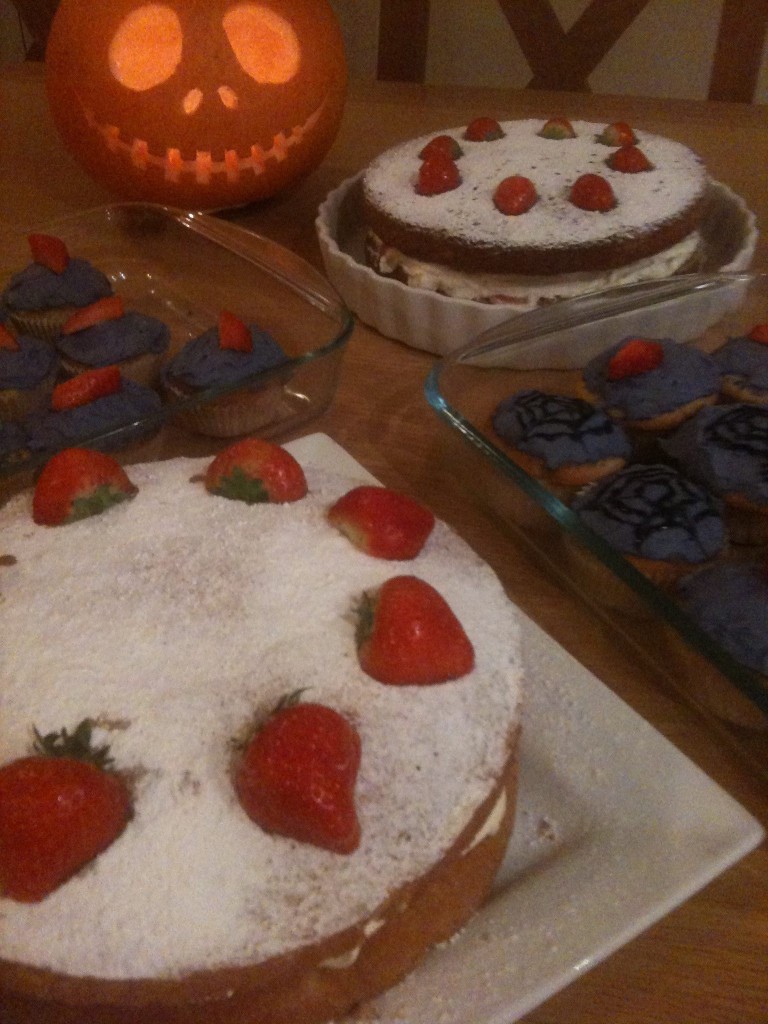 The nursery organised a Halloween party so it was a must having Beatrice all dressed up nicely and spooky. She was such a cutie little witchy pumpkin and had much fun with all her friends 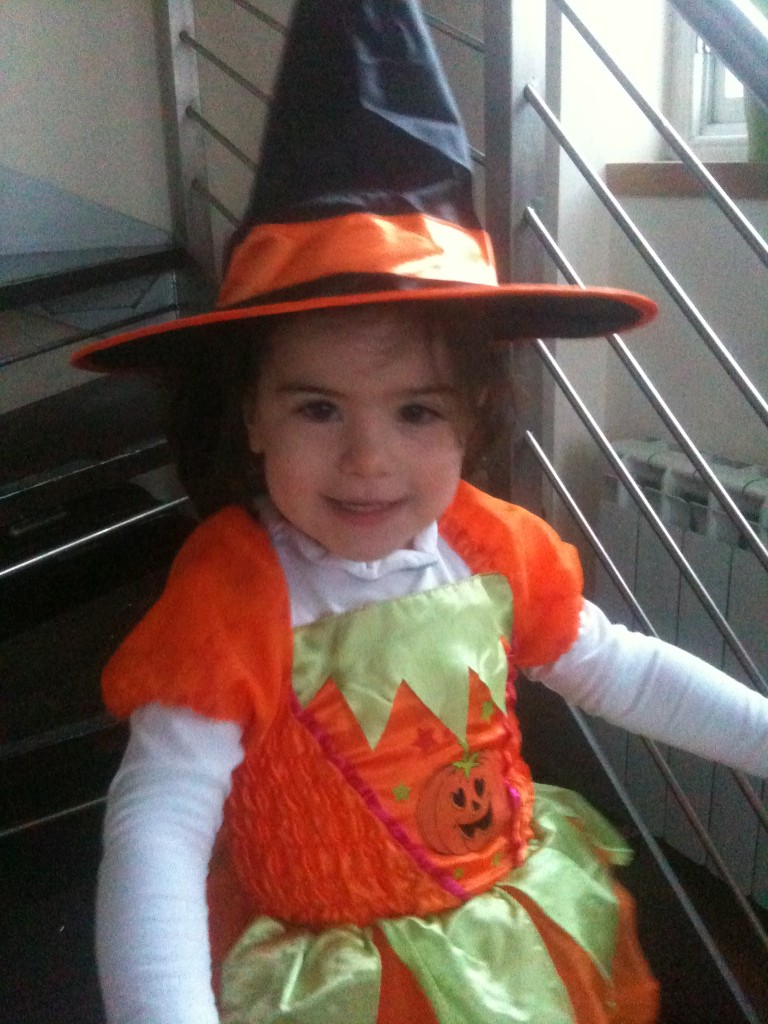 Mamma had fun too making Halloween food. I prepared the dishes last night so I could take pictures just in time for Halloween. In 2 hours I made 2 sponge cakes, 24 spider web cupcakes, one spooky soup, 3 freaky peppers and few little monsters.. ohh I loved it!

Obviously before taking these cupcakes to the nursery I removed the spiders cause I’m sure the children would have eating the plastic spiders too. 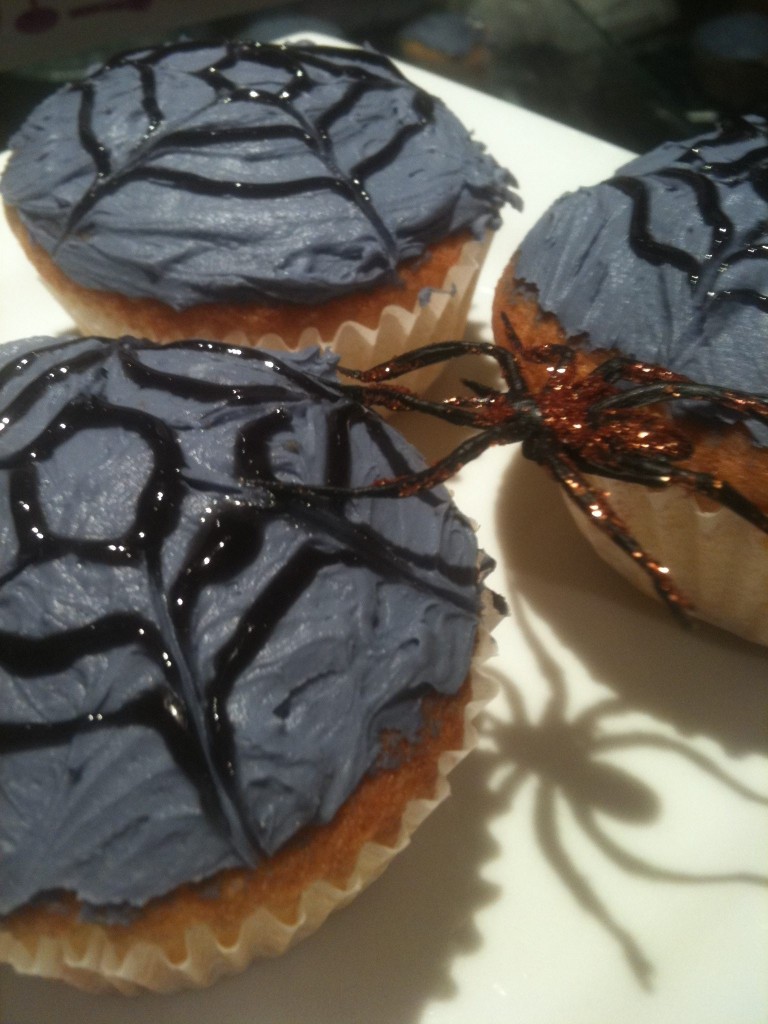 I have to say before cooking them, the peppers looked kind of funny little men 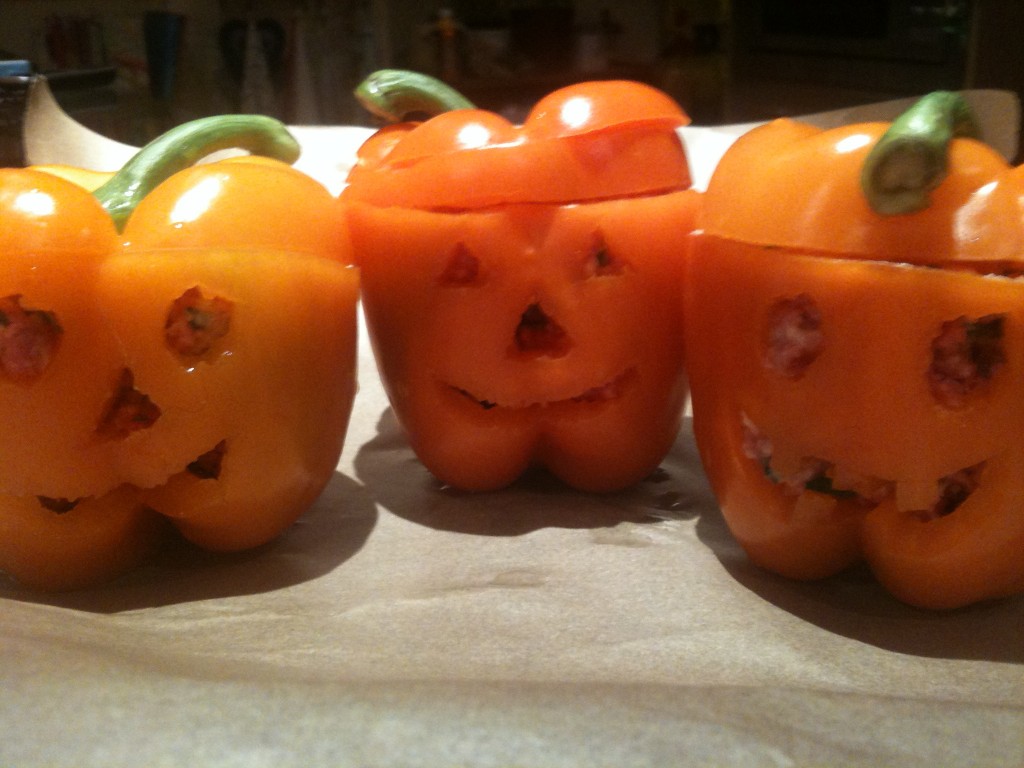 After been in the oven for 1 hour  they totally looked like little monsters as they got slightly burned so they acquired the ghostly look I needed for the occasion. 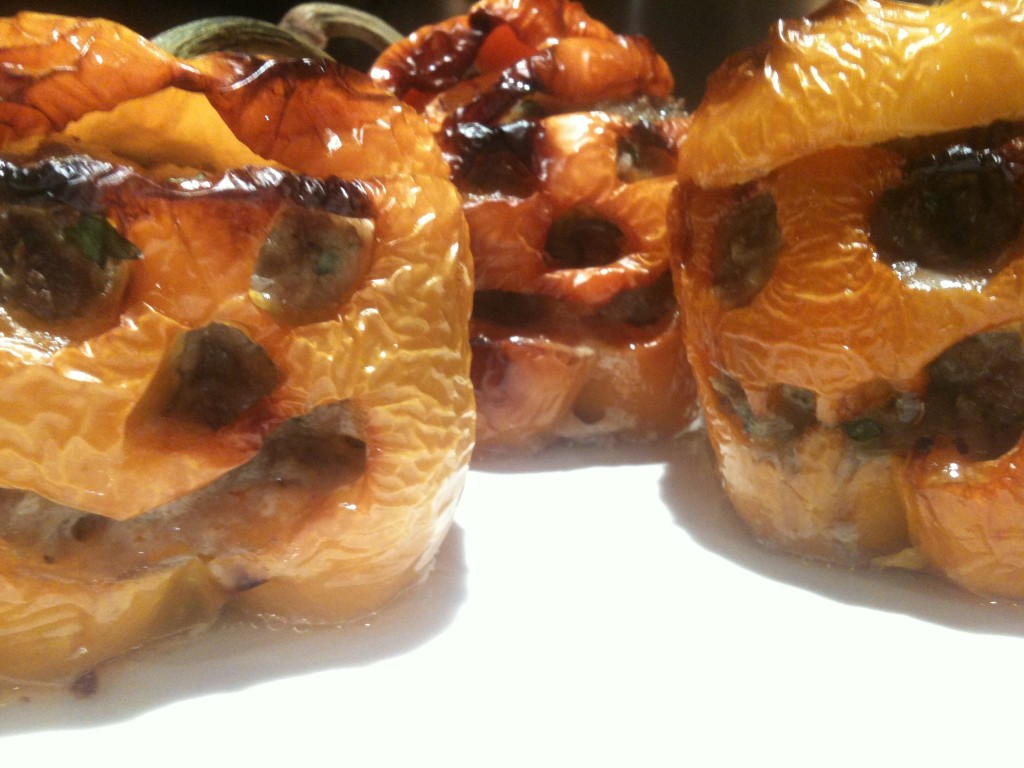 I then made a potatoes and courgette soup and as soon as I took this picture, I HAD to remove the spider cause it was really giving me the chills 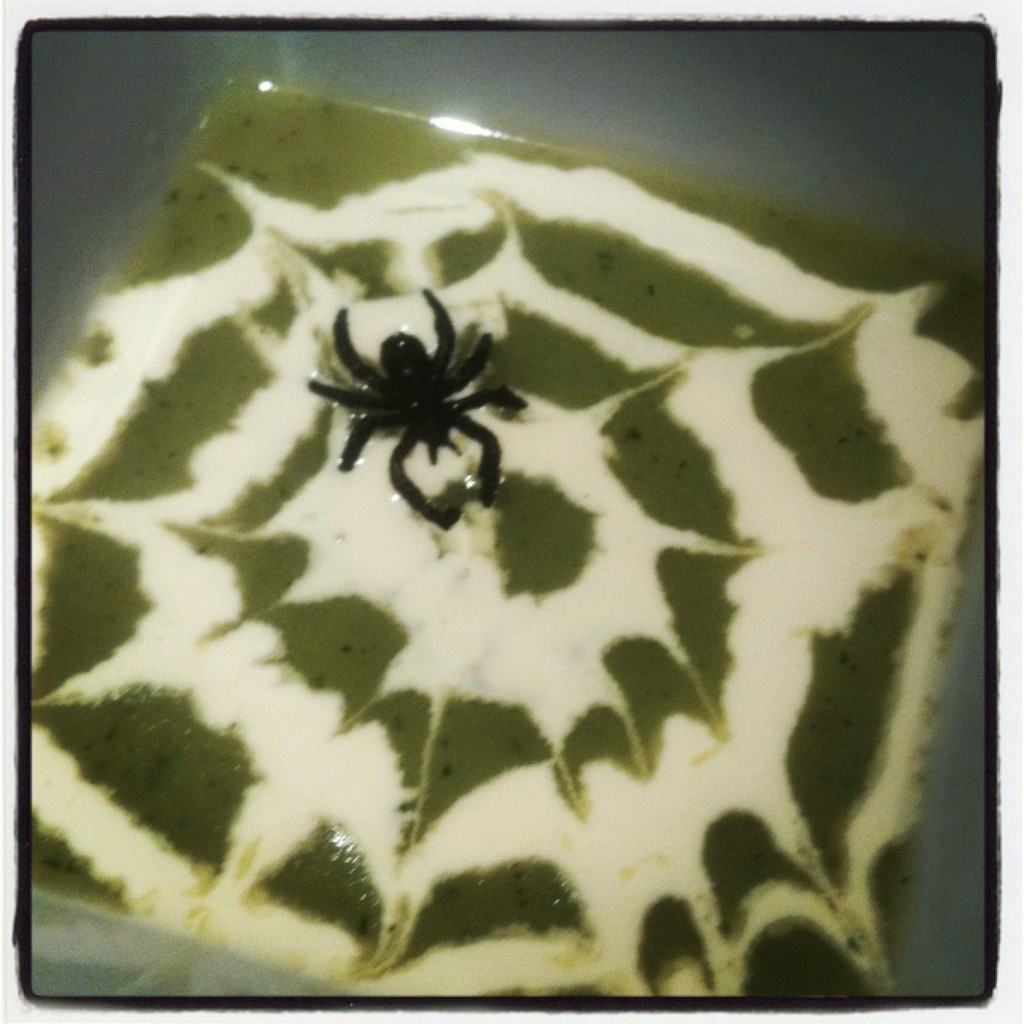 Then I boiled few eggs, mixed the yellow with some mayonnaise and filled the whites. I created the monsters legs by cutting black olives in little pieces and added a couple of capers to make the eyes. They were yummy! 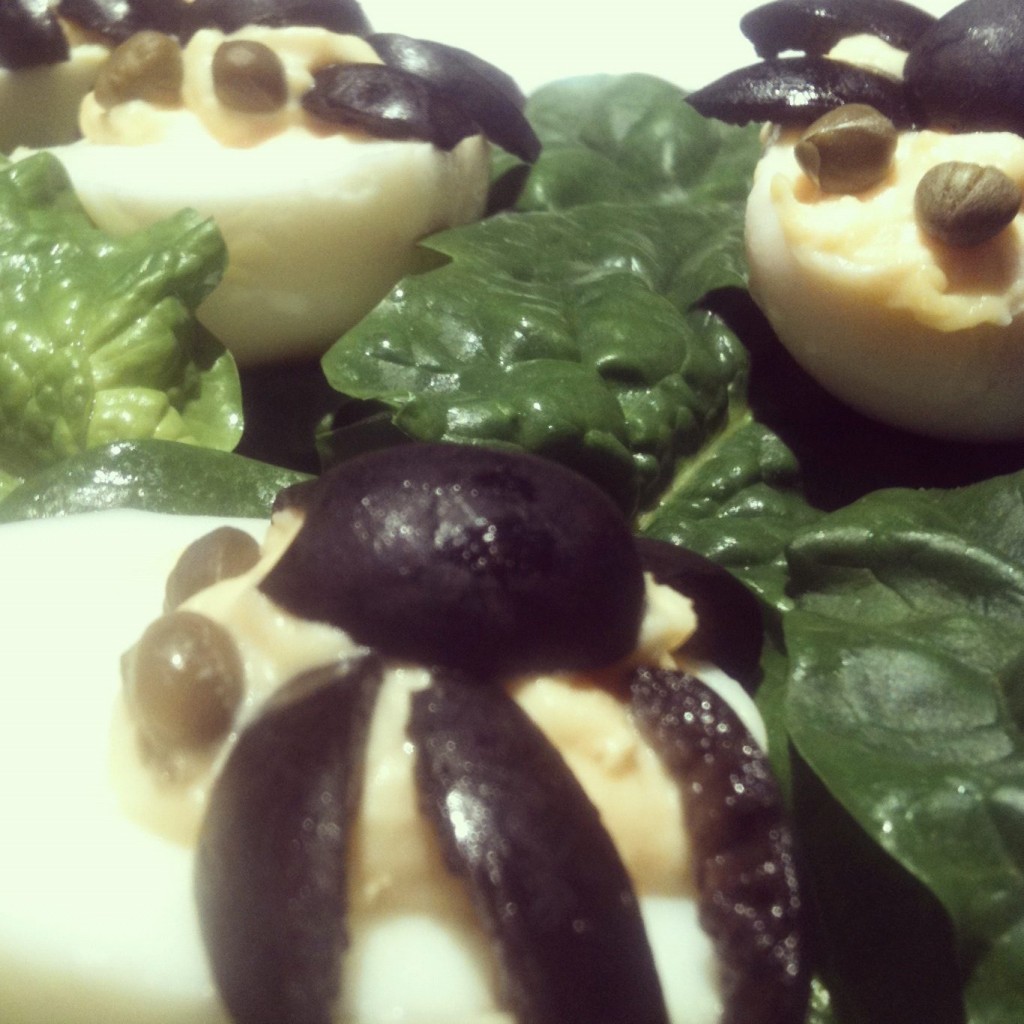 And of course it is not Halloween without a carved pumpkin. That was my husband’s task. I just chose the face. I wanted to have a different looking pumpkin so when I saw a picture of the skeleton of “The nightmare before Christmas” I thought that would have been perfect. 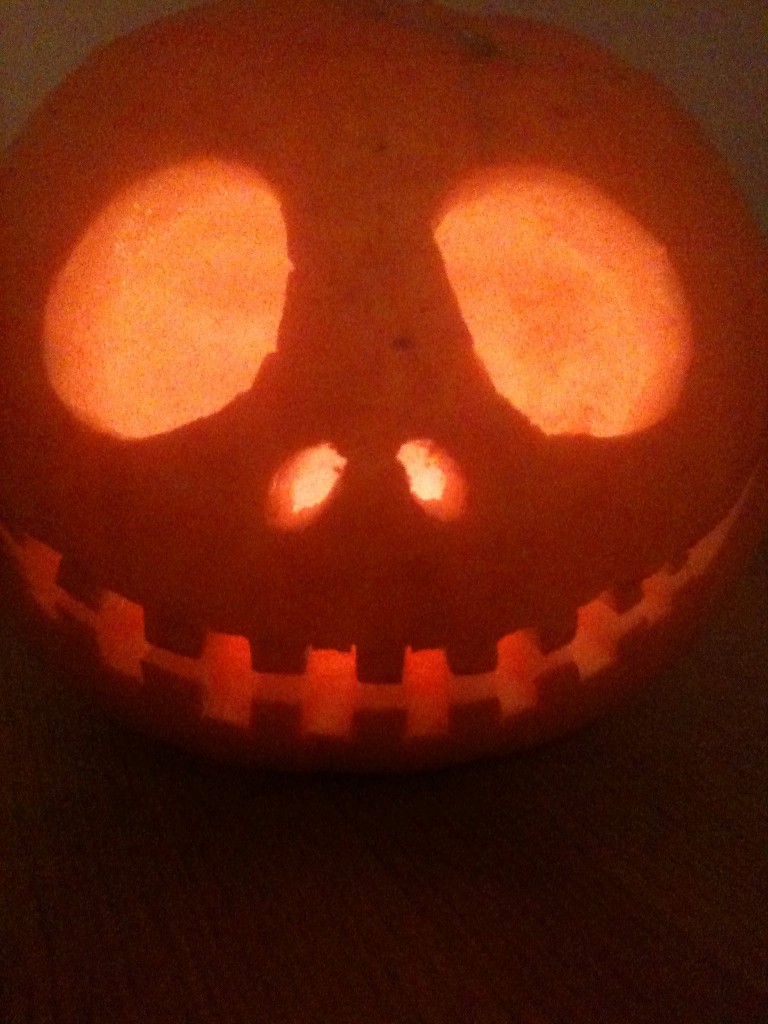 And although everything at Halloween is supposed to be scary, just remember even monsters smile! 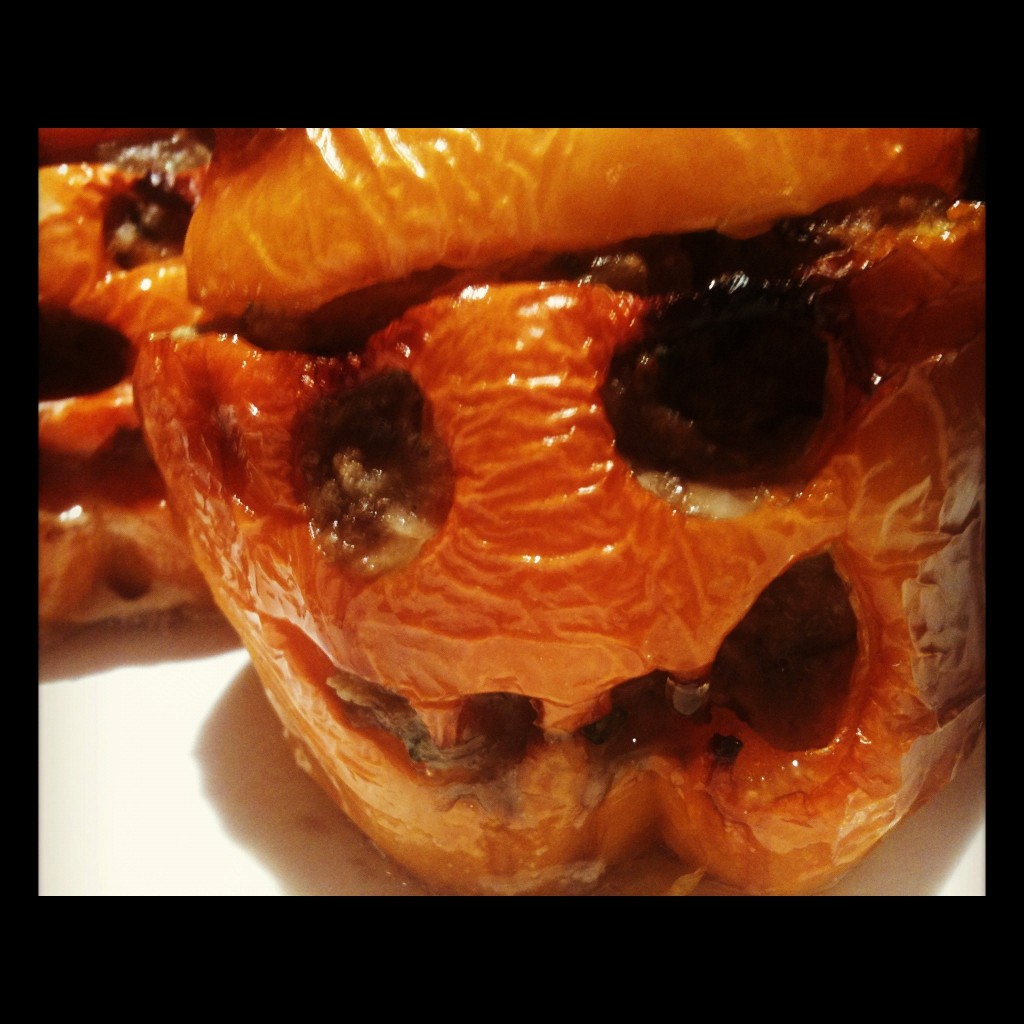