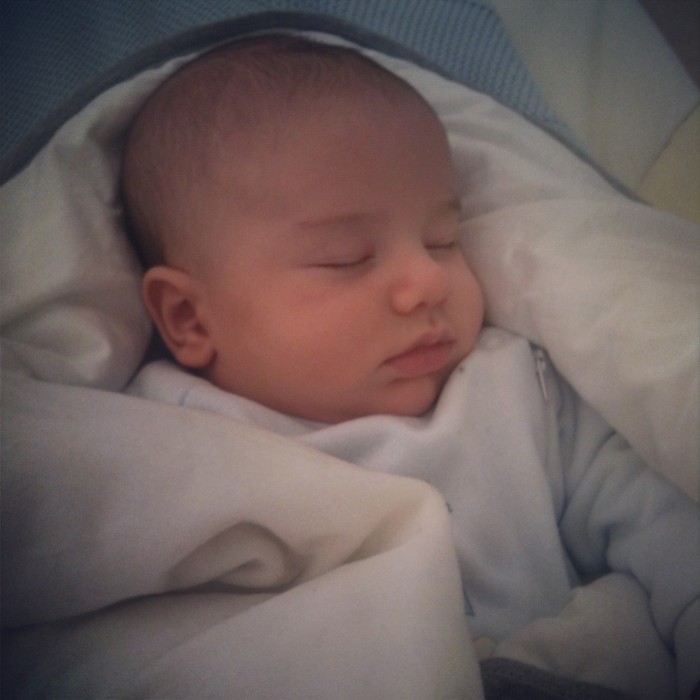 Three days before Christmas when we were still all over the place in getting everything ready for the arrival of my in-laws, Leonardo who just turned 8 months, started developing his first cold, his first temperature and then his first cough.. perfect!

Poor little one.. the first night was the worst one as he kept crying because he could not breath properly due to his blocked nose…  when he wasn’t crying, he was moaning like a little puppy as he clearly was unable to fall asleep.

Thanks to few little remedies and lots of cuddles and love from mommy, daddy and Bee,  the recovery wasn’t too bad and after few days he started feeling better. Here it’s what I did to sooth his symptoms. 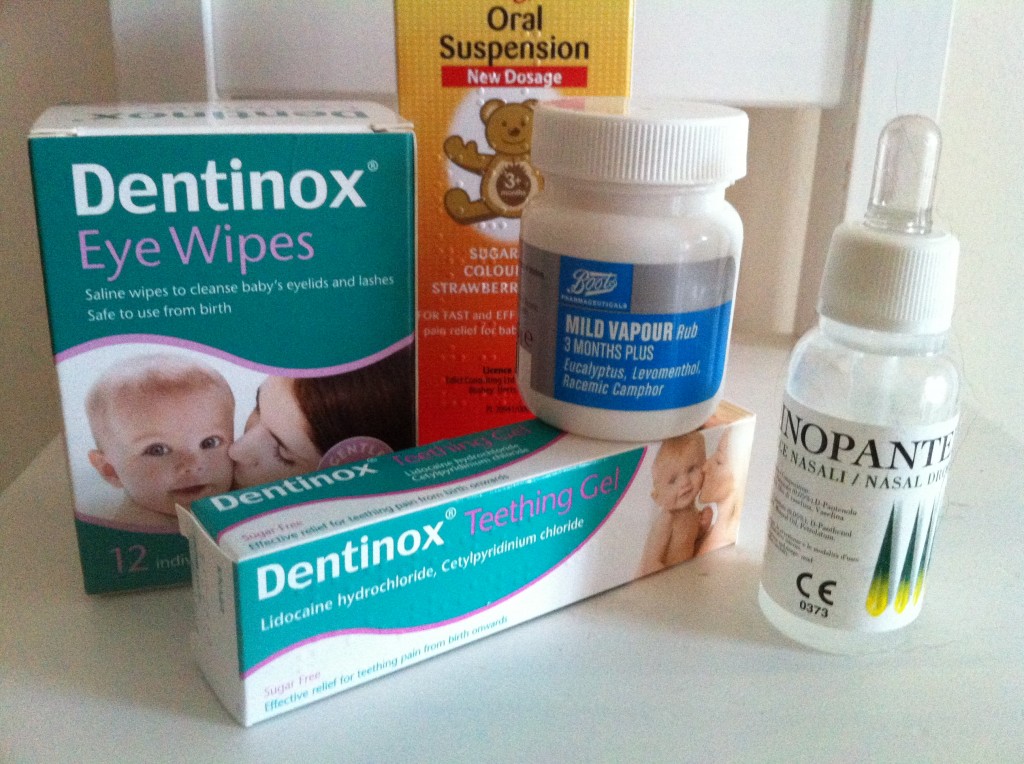 First of all if your baby has fever, it’s important to keep the temperature down so I used Paracetamol; Leo seemed to have temperature only at night therefore before going to bed I was giving him 5ml of baby paracetamol. Because he’s been teething on and off for 5 months I noticed that on specific days he was complaining about his gums so on those nights I gave him 2.5ml of ibruprofen instead.

To help clearing his blocked nose and ease his cough, every night before giving him a bath, I let a hot shower run for few minutes and by keeping the bathroom’s door closed, I was creating lots of steam. As soon as the room was ready with steam I was bathing him so while he was in the water, he could breath some moist air which helped loosen the mucus in his nasal passages.

As soon as he was coming out of the water I was drying him and then gentle massaging on his chest, neck and back some vapour rub which helped him with the breathing by producing a cooling sensation in his little nose.  Regarding this please make sure that you use the correct vapour which must be specific for your little one age, ie vapour rub for babies of 3 months of older. And make sure not to apply the rub on the baby’s mouth or nose (I was tempted at the beginning thinking that it’d have worked better! But please no no) or on broken skin.

Leonardo doesn’t particulary like saline solution to be sprayed in his nose so I was using a gel applied with a rounded tip syringe, which helped keeping his nose moist.

Every morning  after a night spent on and off crying his eyes looked worn out so it was the perfect time to use the Dentinox saline wipes for his delicate eyes. This is a new product which I recently discovered thanks to BritMums. By gently cleaning his eyelids, I lightly removed any dried secretion formed during the night on his lashes too. Each saline wipes is  individually wrapped so you can be sure that every one you use is fresh, safe and sterile. For once he seemed happy enough to have his face cleaned! 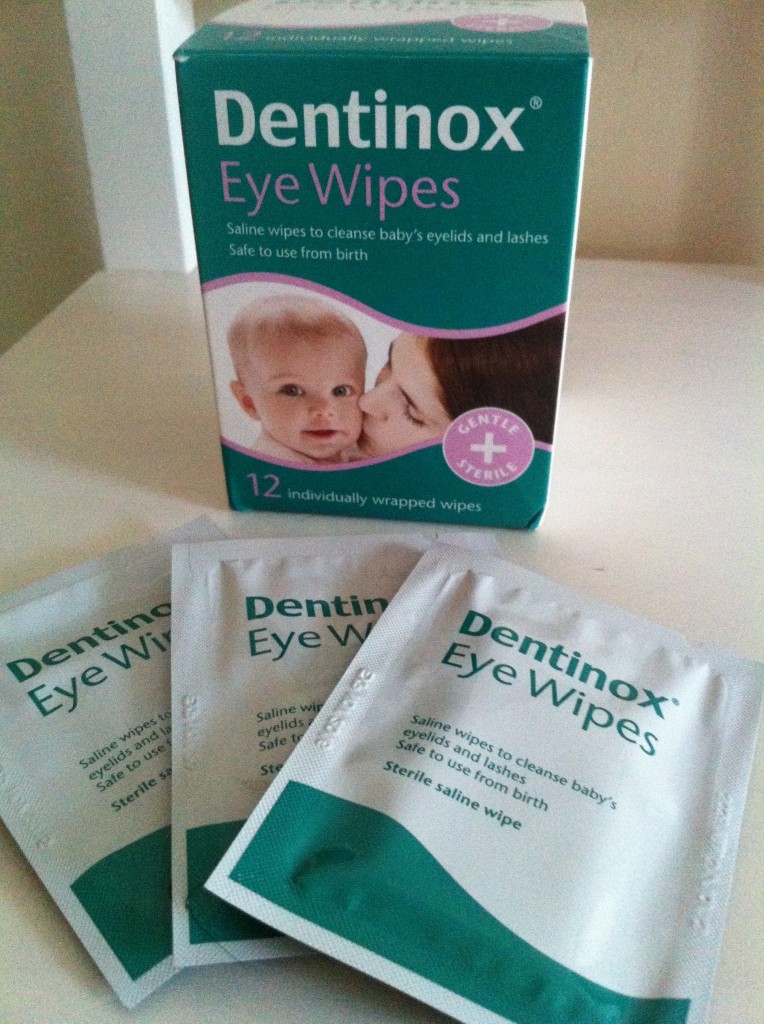 I personally thing that the worst part of a flu in a baby is the difficulty in breathing so I tend to find different remedies to alleviate the blocked nose. Because of the cold weather our heating is on all the time and this makes the air in the room very dry hence making a blocked nose drier too. Because of this I permanently leave on our bedroom’s radiator a little bowl of water to create some steam and to release some aromatic vapour  in the air I add few drops of eucalyptus essence.

As a general rule when your little one is not feeling well, its’ important to remember to give him extra fluids which help prevent dehydration and flushes and allow to thin your baby’s nasal secretions. If you are breastfeeding just try to attach him more often, if you aren’t then offer him more often some water, formula or 100%fruit juice not from concentrate.

Last but not least it’s important to let your baby get plenty of rest. When Leonardo was ill I allowed him to sleep and nap on me, in daddy’s arm wherever he was feeling more comfortable. If you think it’s all new to our precious little babies so I can only guess how scared and irritable they can feel.

This is what I did to alleviate Leo’s first flu and cold and it made the whole experience less traumatic for both of us. I hope these tips will help your baby recover soon from cold and flu too.

Anyone in need of a tissue? 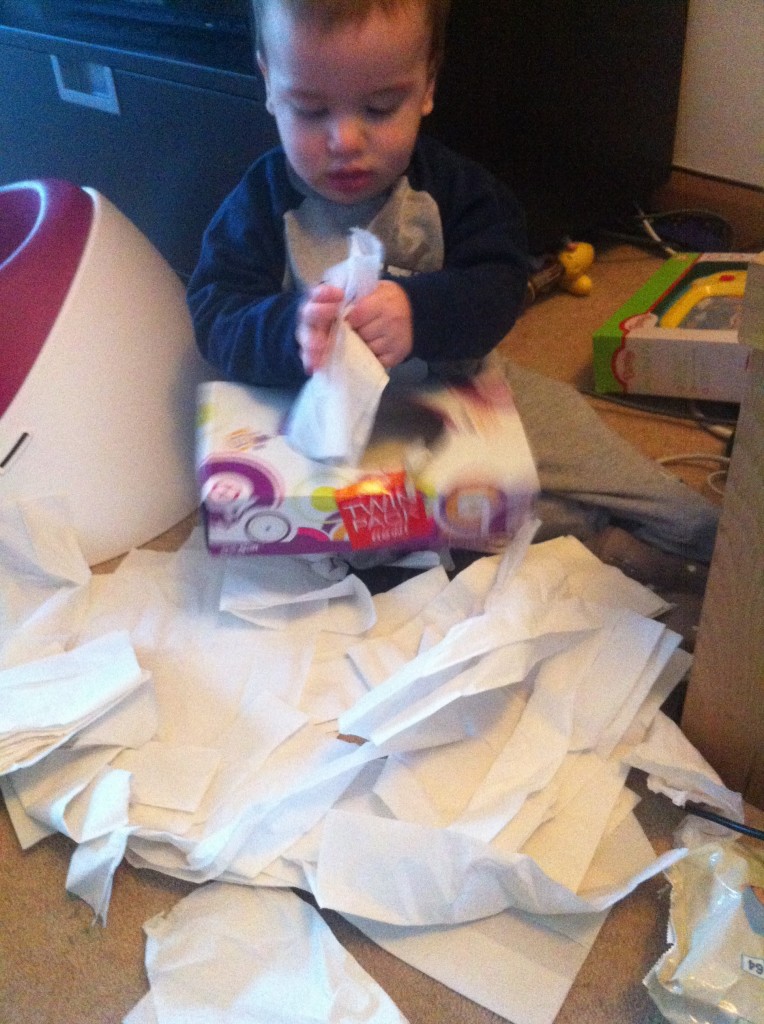