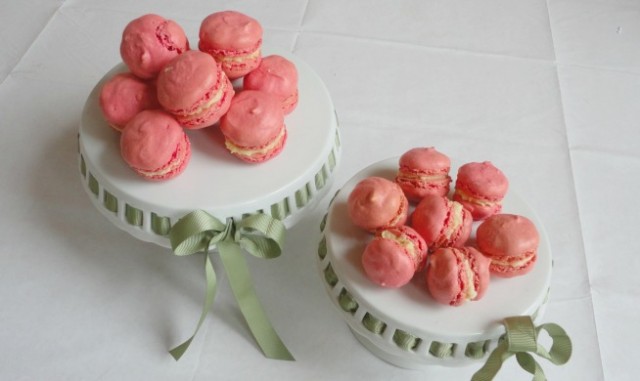 I never thought I would actually like macarons as I believed they had a meringue consistency which I hate, and only the thought of biting into a meringue cookie makes me shivers brrr.

Because Macarons do look stunning though, I decided to give it a go and I tried them at a friend’s wedding last summer, needless to say I absolutely loved them!

Immediately I understood what all the fuss about the famous french Macarons was ( by the way, I checked the spelling with my french friend and definitely the word is spelt with  only one “o”). 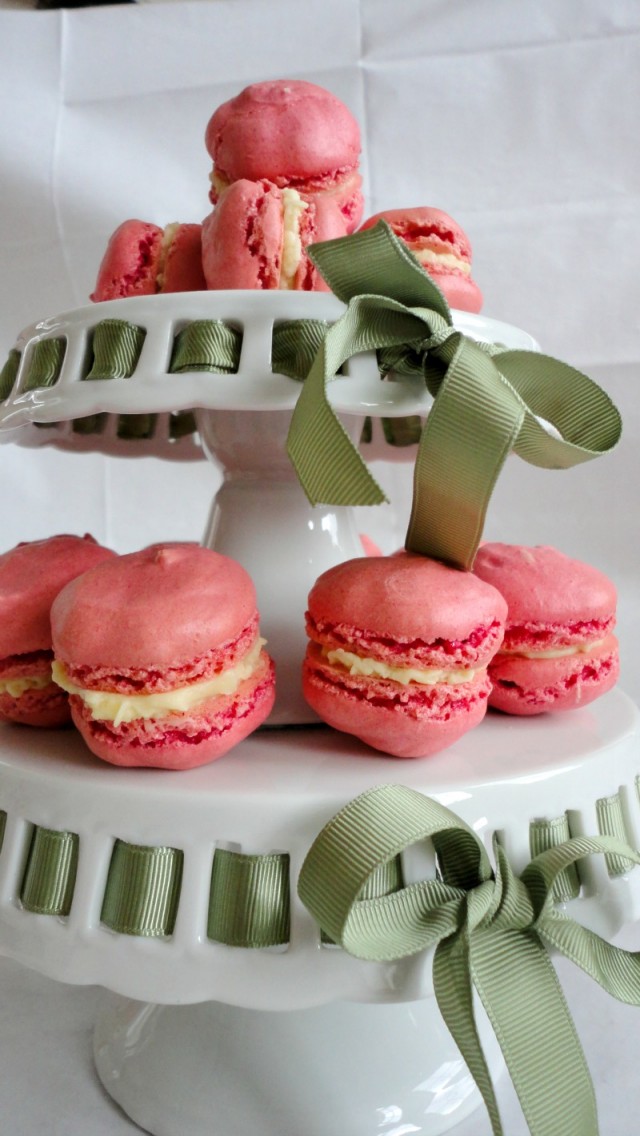 When I read the recipe I thought they were fairly straightforward to make but then I checked some tutorials and read that making Macaroons is an art and that you can encounter many complications in the procedure ( you cannot imagine how many “Macarons troubleshooting posts” I came across). 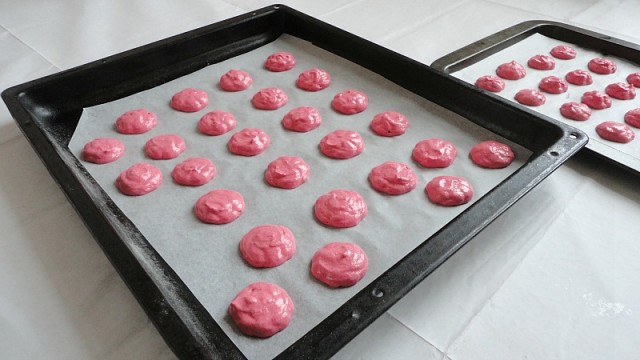 To be honest the only complication I encountered is that I misread the instruction my first time around and I forgot one step in the making. When I took them out of the oven I had these totally flat, pale colour, rocking look “macarons” which looked awful… incredibly they actually tasted amazing though (I took a picture of them but they looked a disgrace so I save you from the pain to look at it!!). 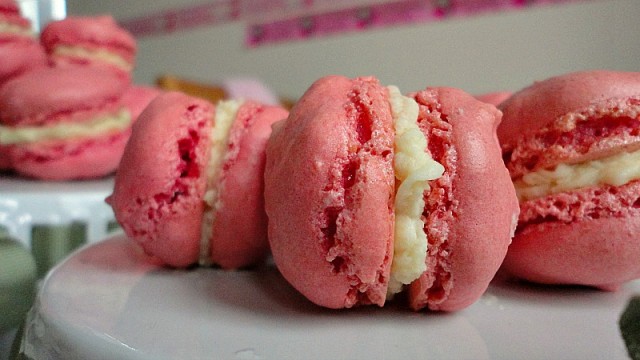 Second time around I concentrated. By following the recipe step by step I already could see improvements in the texture of the macaron mix.

If you are thinking of making Macarons, I suggest you to check this video which was quite useful to me as I think it was easier to understand the procedure by actually looking at the various steps showed in a simplified way.

And this was the right occasion to show off my new cake stands, I love them! 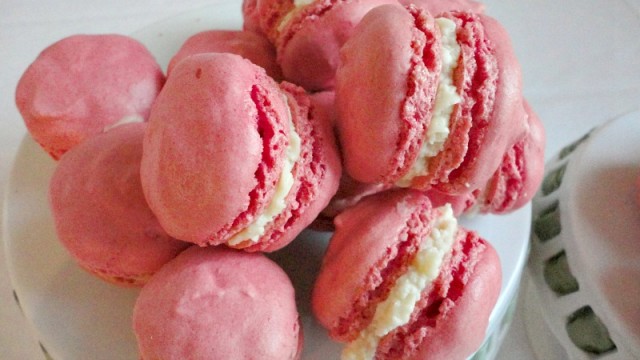 I wasn’t sure about what filling use for these pink macarons so I thought the best one would have been a filling whose colour would stand out. I then decided to make a white chocolate filling with butter and icing sugar. To be honest it was far too sweet so I added some whipped cream to make it lighter. 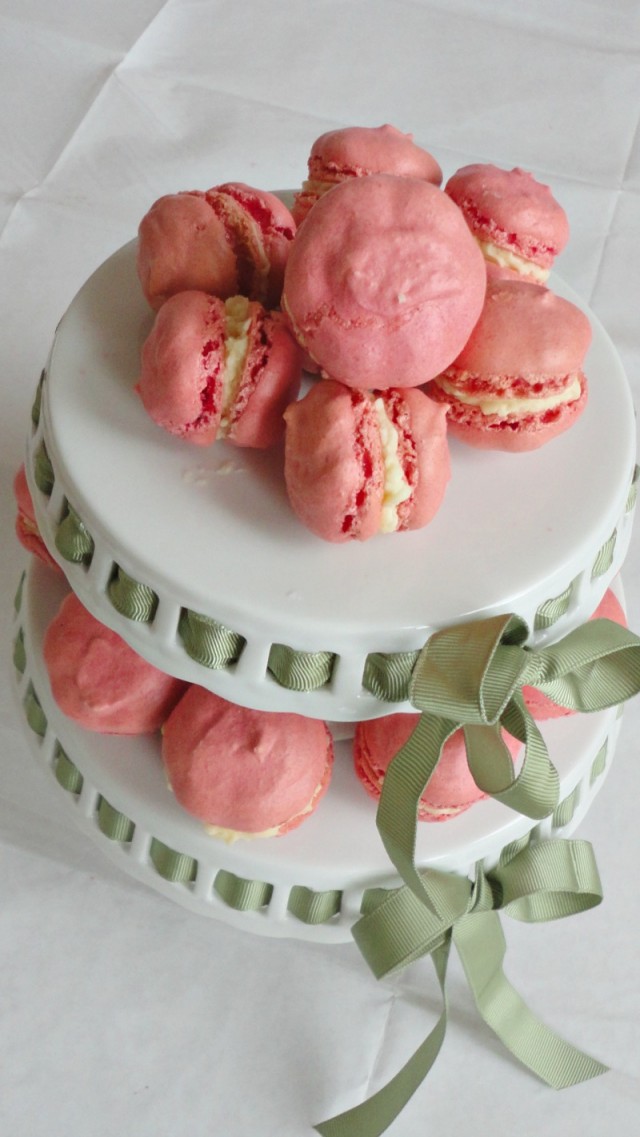 As first attempt I think it was a pretty good one (pat pat my own back :)) Next time my goal is to make multicolour ones and experiment with different fillings. 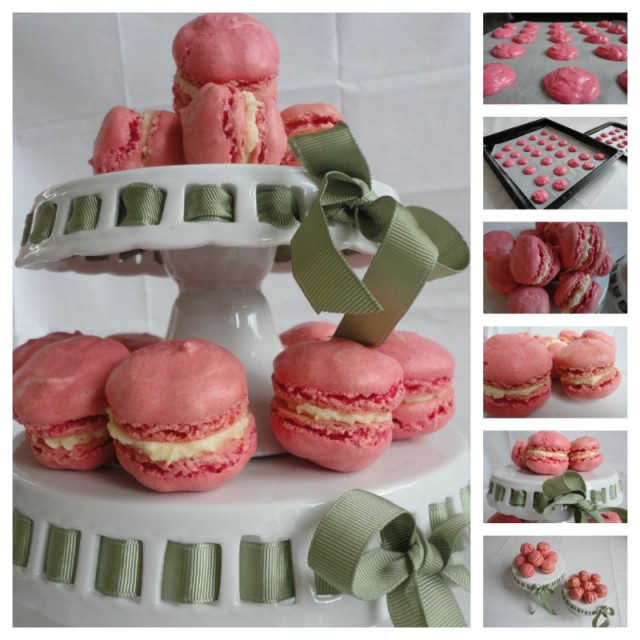