I’m not gone mad, I mean not this time, no… and all the men who came to read this post attracted by the title will probably leave soon as we are actually talking about Breastfeeding!

I just read that World Breastfeeding week starts today and, as I always wanted to talk about this topic, here is my personal opinion and experience.

I come from Italy where the general position of women is to take pride in breastfeeding their babies, I don’t even think it is a decision but a natural instinct. When I say this obviously I don’t refer to women who cannot breastfeed their babies because specific physical problems.

When I was around 5 months pregnant I remember talking to a friend of mine and she was so concern about me feeling the pressure to breastfeed…I did not get that.

The first time I went to an antenatal class I understood what she meant . 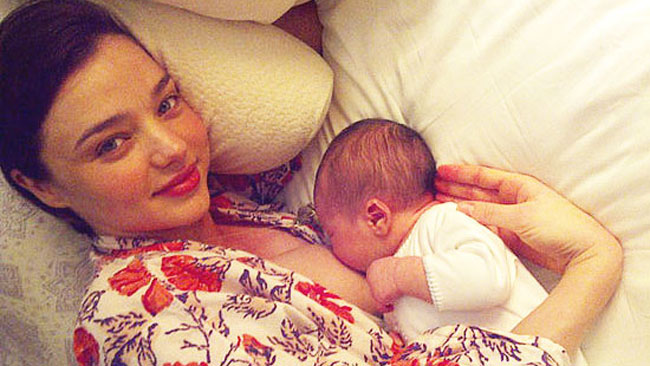 Quite a few women in the class  were, I would say, embarrassed to talk about breastfeeding (like if it was a disease!) and they clearly stated that they didn’t feel like trying to  breastfeed their babies due to the fact that they would feel left out at family reunion (why?!?!) or just stared at in restaurants/public places. I really didn’t get it , in my little world I thought “Tutto il mondo é paese” which means that some habits are common all around the world and to me the natural act of breastfeeding was obviously been practised in every country. I couldn’t be more wrong.

I started reading various articles online, doing some researches and noticed that lots of people referred to breastfeeding as “the issue“… issue, why? Again I can understand if a woman has physical problems that don’t allow her to breastfeed,  but choosing not to breastfeed, or choosing to not even try doing it  for me it would be like proving that you don’t love your child. Yeah it is that bad! I would fight everyone, anything who would make me feel uncomfortable about doing that as to me  it’s just so inconceivable not giving the best for your baby.

By stating this I am not saying that a woman MUST breastfeed, as it is not a duty, I would say  it is more like a pleasure. I am a firm believer, like my mum says, that  breastfeeding is the best bond you can have with you little baby, it is something so natural, so unique that every new mom should experience in her life. 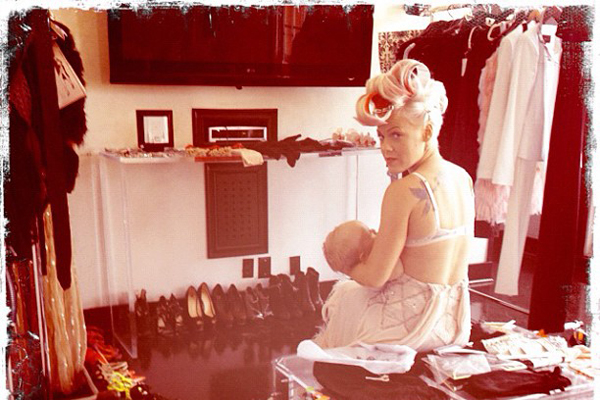 Stunning picture of Pink finding the time to breastfeed her baby while working. From  Pink Twitter account

I personally get mad when I see  people referring at breastfeeding like if it was a taboo or they think about it like an embarrassing moment if you are in a public place or around your family. They way I see it is the same as if people would get shocked seeing an adult eating his food in front of other people, so why cannot a baby eat his, by the way, “organic” food in a public place? To me it’s the same concept.

Having  personally experience breastfeeding I can openly say that it was not easy at the beginning and it could take some times but the reward that you get at the end is priceless! 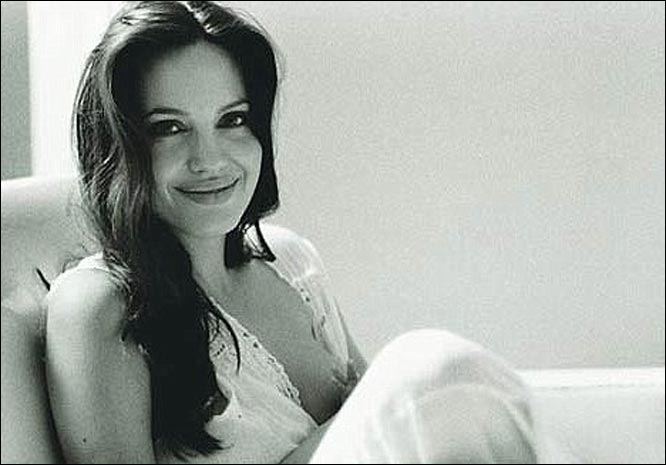 Angelina Jolie was the cover of the W magazine.

Just to mention a few, here is my list of benefits of breastfeeding:

I hear people saying that if a mom wants to breastfeed in a public place the least she can do is doing it in a discreet way but honestly I’ve never seen any mum  trying to show off her boobs unlikely most women do on Saturday night and they don’t even have “the excuse” to having to feed a baby.