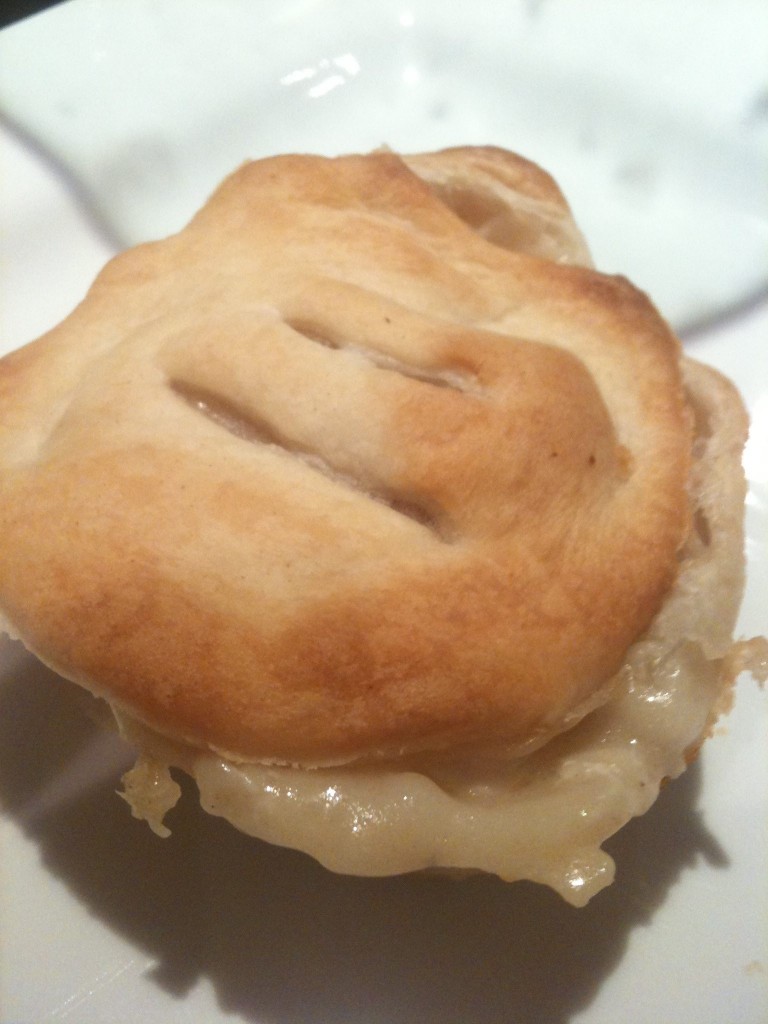 In case today was really the end of the world I thought I had to try and cook at least once, chicken pie!

I found this recipe on www.tastespotting.com which is a brilliant website if you are looking  for new ideas for your meals. I decided to give it a go and make MINI chicken pies instead as I believe they are easier to eat and to share without making a mess.

First I prepared the bechamel by melting the butter in a saucepan over medium-low heat, then I added the flour and stir. I cooked the mixture for 2-3 minutes, until it became thick and then I slowly added the chicken stock and milk to get a ticker cream, this should take around 5 minutes. 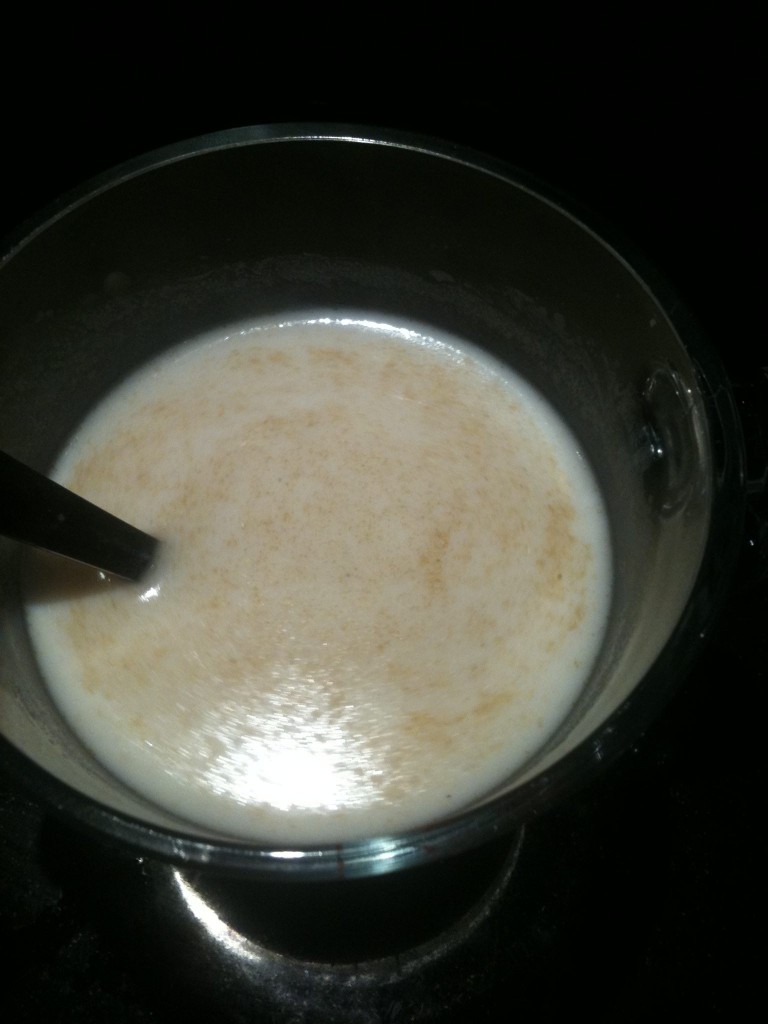 Then I added the chicken to the mixture. I chose to precook the chicken in some water with a red onion which gives a lovely flavour to the meat . My version of the recipe was a quick one so I didn’t add any other vegetables but what I would love to try next time is frying some leeks and mushrooms and add them to the mixture. 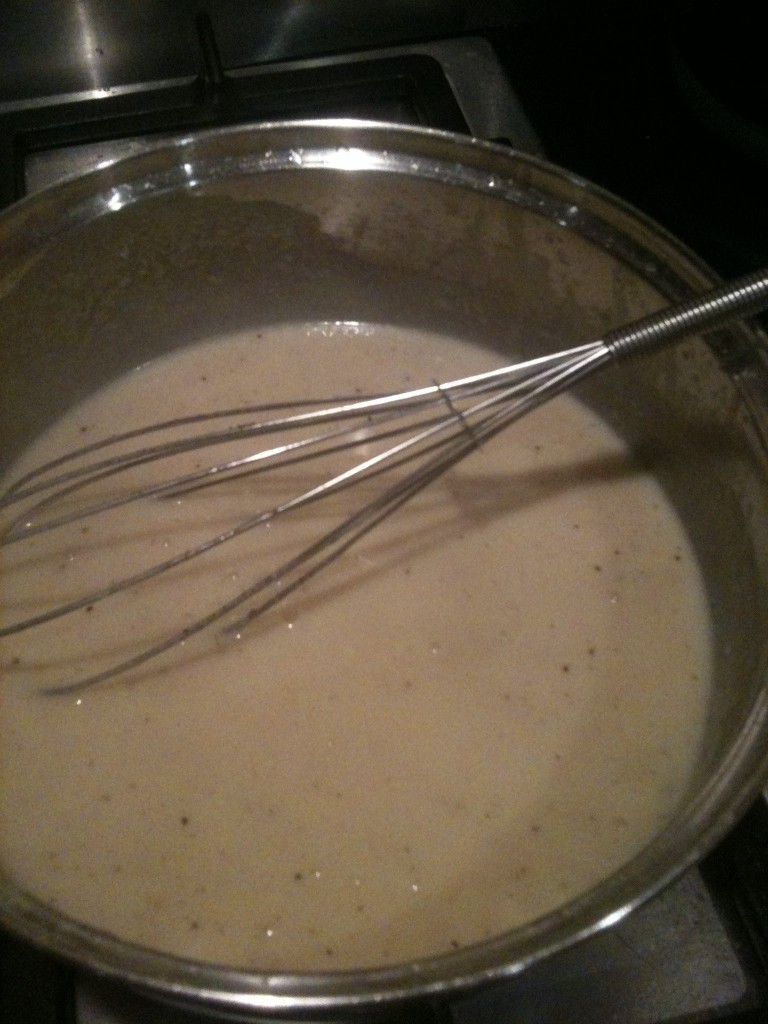 I decided to use the muffin tin as I wanted to make mini pies but you can make just a big one. I sprayed some olive oil on the tin to avoid the pies sticking to it so that once cooked, it would have been easier to remove them. 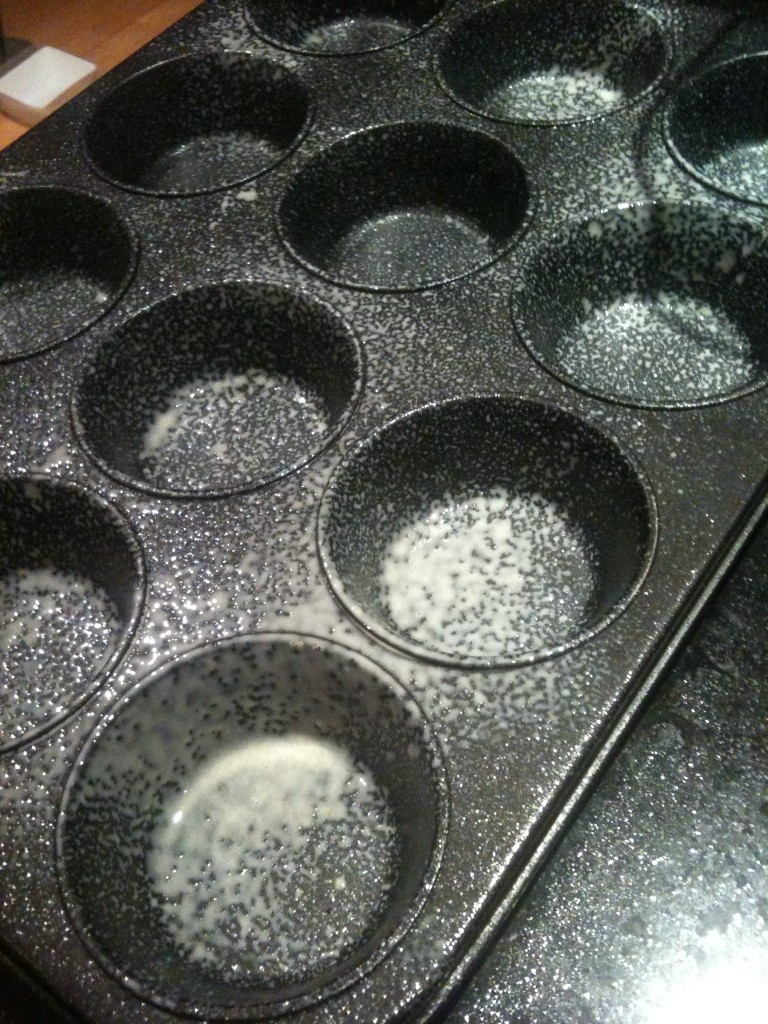 Then I rolled out the puff pastry and using a glass, I just cut rounds that I placed in each little hole of the tin. I remembered to leave some pastry to create the tops for the pies. 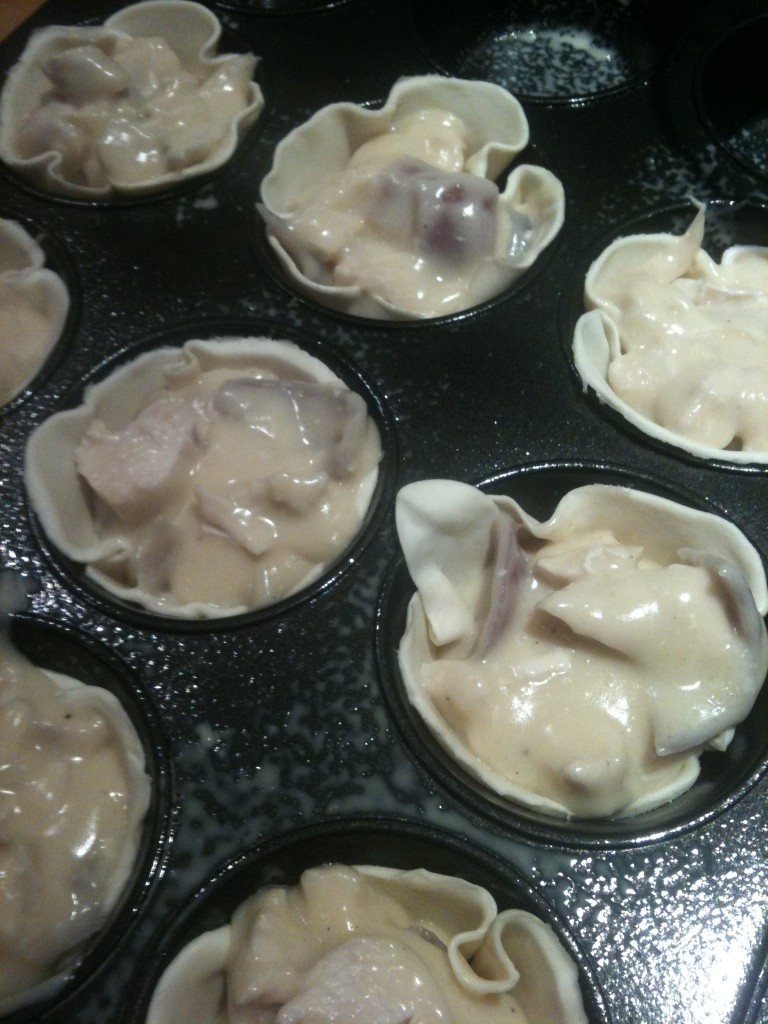 I filled the pies with the mixture and topped them with the little pastry rounds. 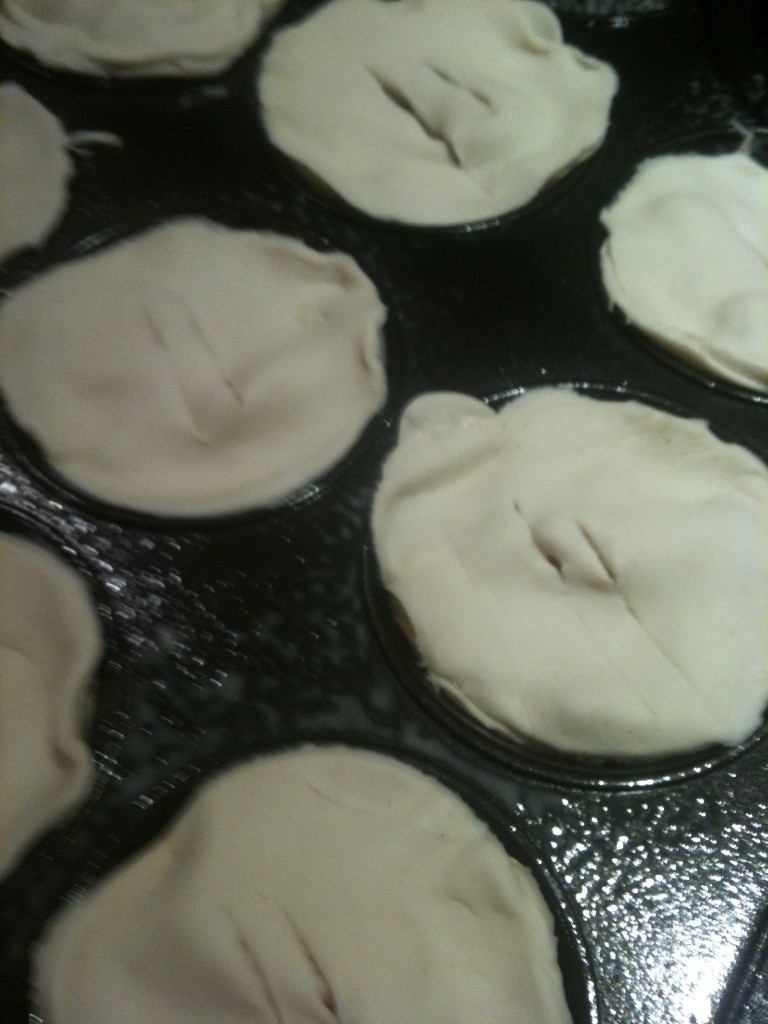 I then cut a few slits on the top of the crust so the steam could escape. By looking at the pictures the steam kind of decided to escape from the sides LOL.

To have a lovely golden finished you should whisk an egg and brush it on the top of each pie but obviously this time I forgot! 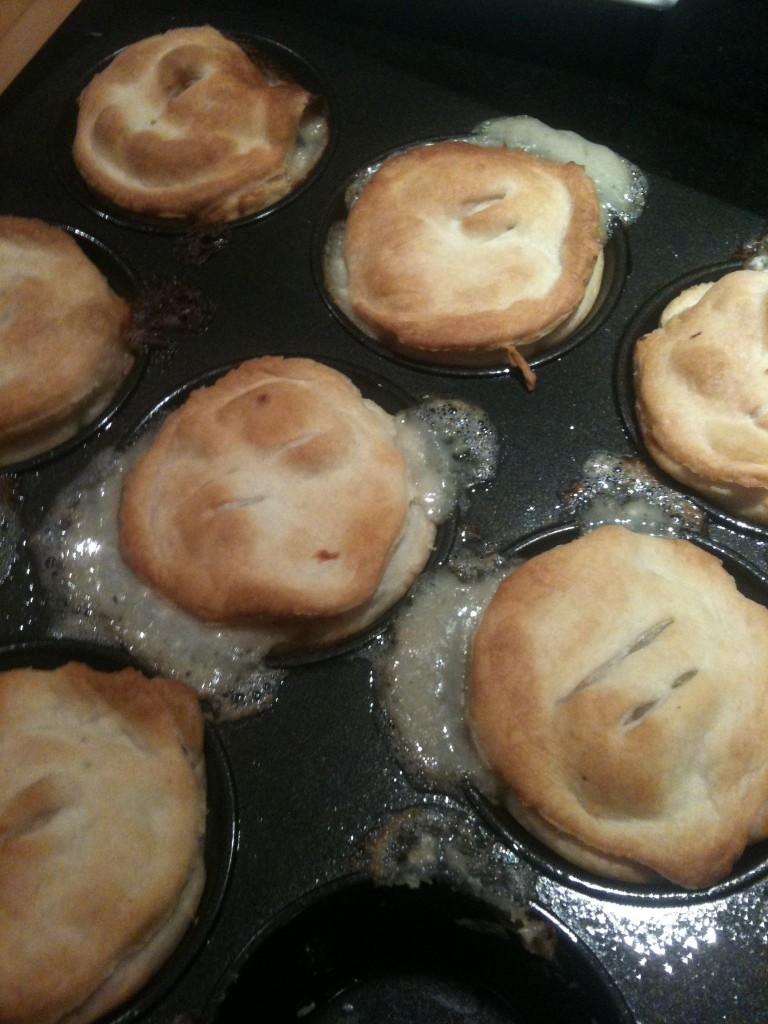 I baked my mini chicken pies for around 20 minutes at 190 degrees (fan oven). Every oven is different so bake them until you see them turning golden brown. 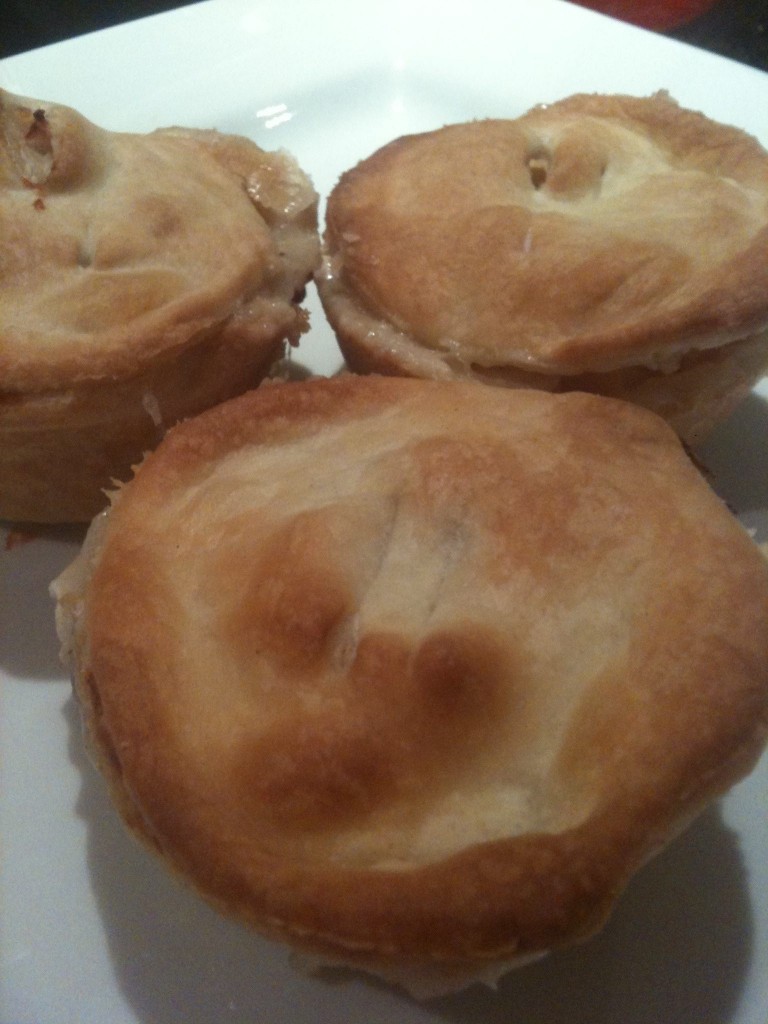 Hubby and Bubu enjoyed them, to be honest they were starving but PROMISE my mini chicken pies were really good 😉