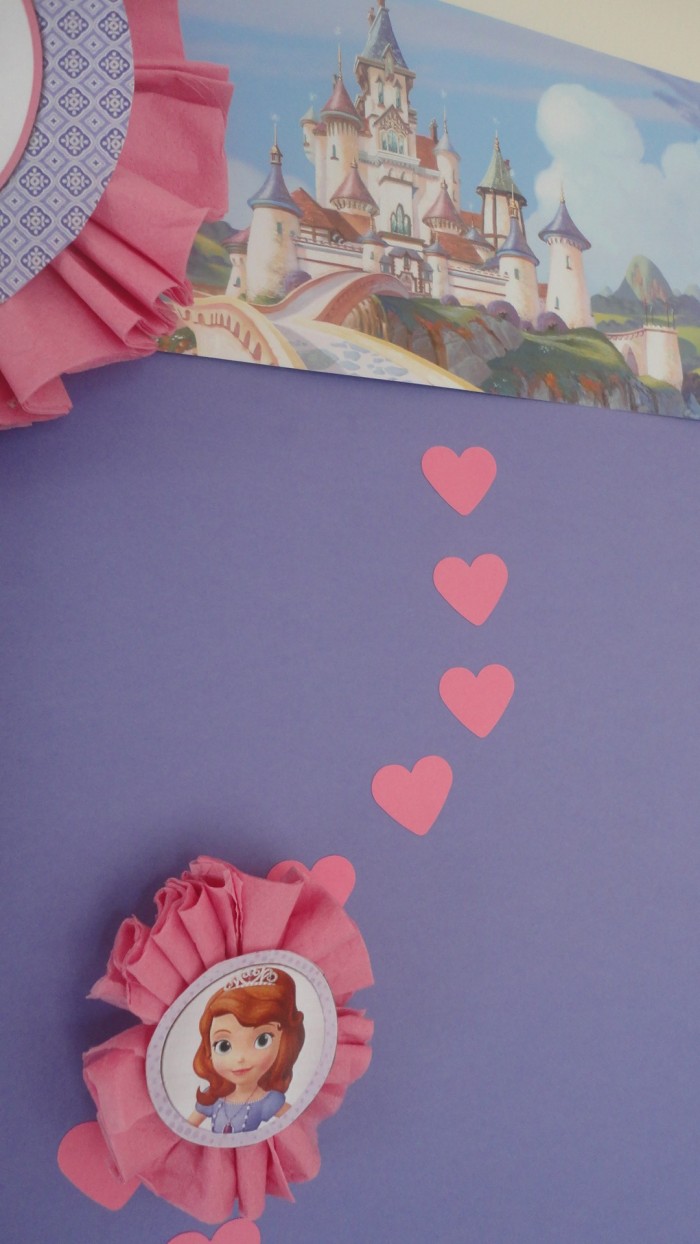 If I knew it was THAT easy I’d have done it ages ago! I read a lot about it, Super nanny uses it (so I should have really tried it before) but somehow I never thought it would have had such a quick, effective and positive impact on my daugher! 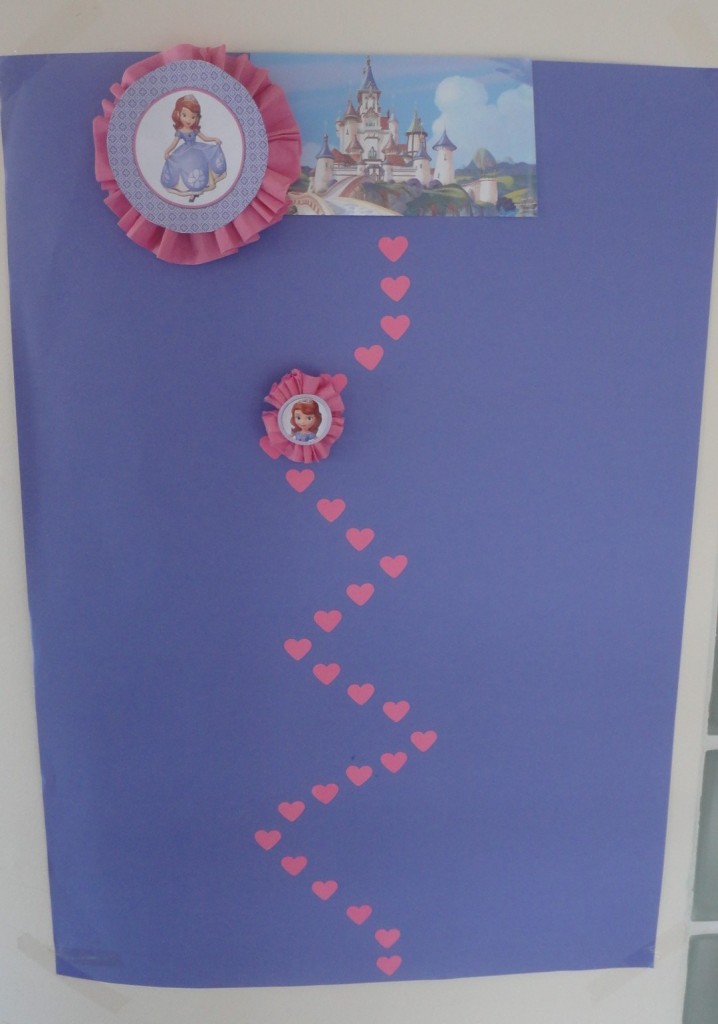 For some reason Bee has been kind of a nightmare for the last 3 days so today I finally decided  to put the finishing touches to the purple poster which was put up months ago, actually it’s been on the wall  since my son was only few months old which equaled to Bee starting to misbehave.

To make a pretty reward chart we cut out many pink hearts and a picture of Sofia the First castle (Sofia is her obsession at the moment). Then we created 2 big paper flowers using napkings and we glued pictures of Sofia on them.

More glue and sellotape and the reward chart was ready to be used!

All day long she was so excited to be helpful and being nice. She kept repeating she could not wait for Sofia to reach the castle so every time I was asking her to do something she was just DOING IT! 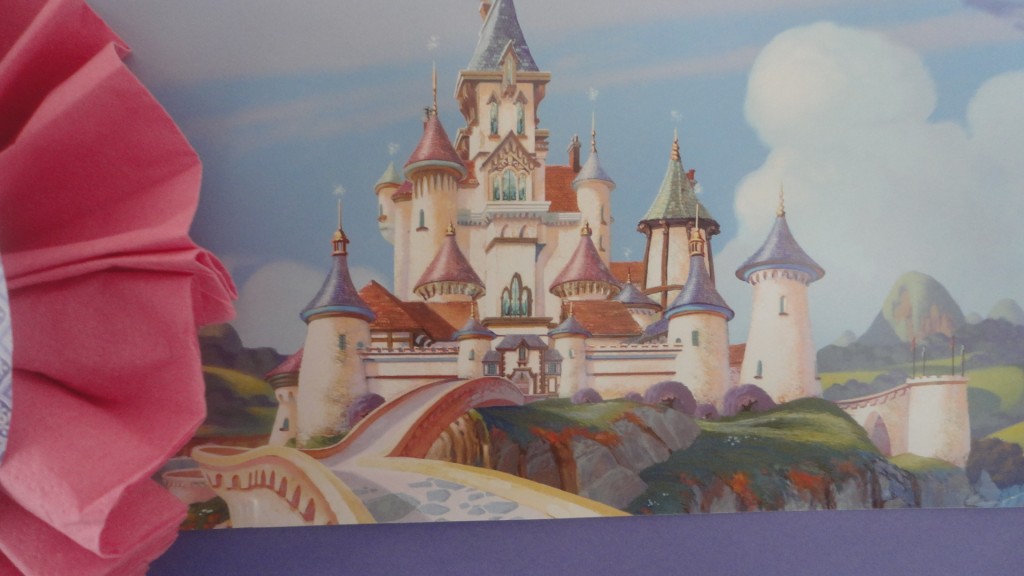 Oh my.. I could not believe it.. then I thought, well the real test would be bedtime. For the last 3 nights we had huuuuuge dramas not only to switch off the tv after having watch another episode of Sofia obviously, but to brush her teeth, put pjs on, usual stuff that she’s always been fine doing.

6.30 I told her  it’d be better to get ready for bed before watching a bit of tv so she rushed to the bathroom and brushed her teeth, then put pjs on and run back upstairs and she started jumping and pointing at the reward chart “Can I go up, can I go up?” 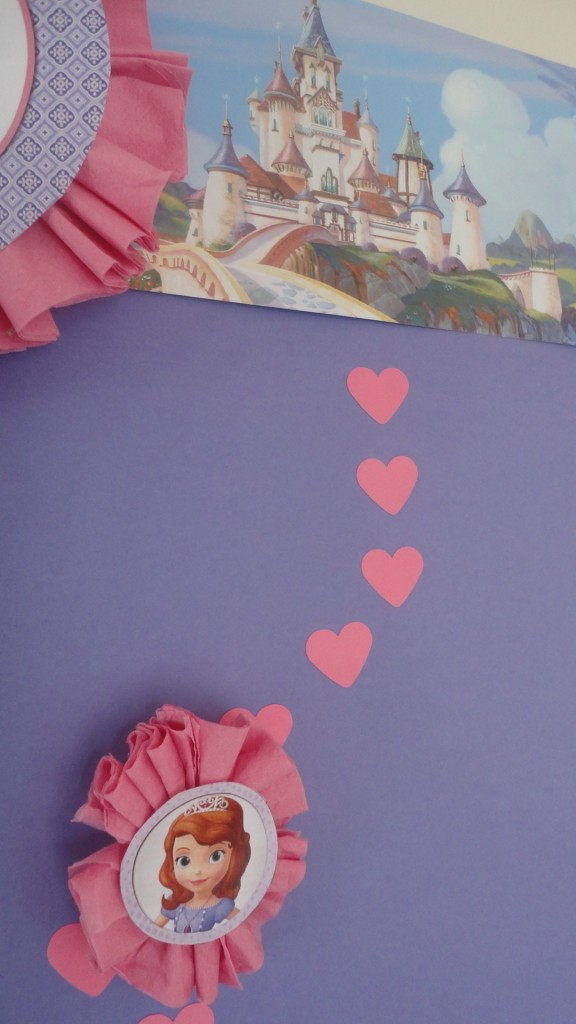 7 o’clock we watched a 20 minutes episode of Sofia the First and then when it ended, I asked her to switch the tv off and give us a kiss before going to bed.

She DID IT…She didn’t even try to ask if she could watch a bit more, or go fussy about going to bed… the only thing she asked for was to put her Sofia badge 2 further steps up (one for brushing her teeth and one for going to bed without a tantrum). She was so excited that Sofia was half way to the castle (Once Sofia reaches the castle Bee gets the big Sofia badge while usually I need to bribe her with chocolate or little treats!!). 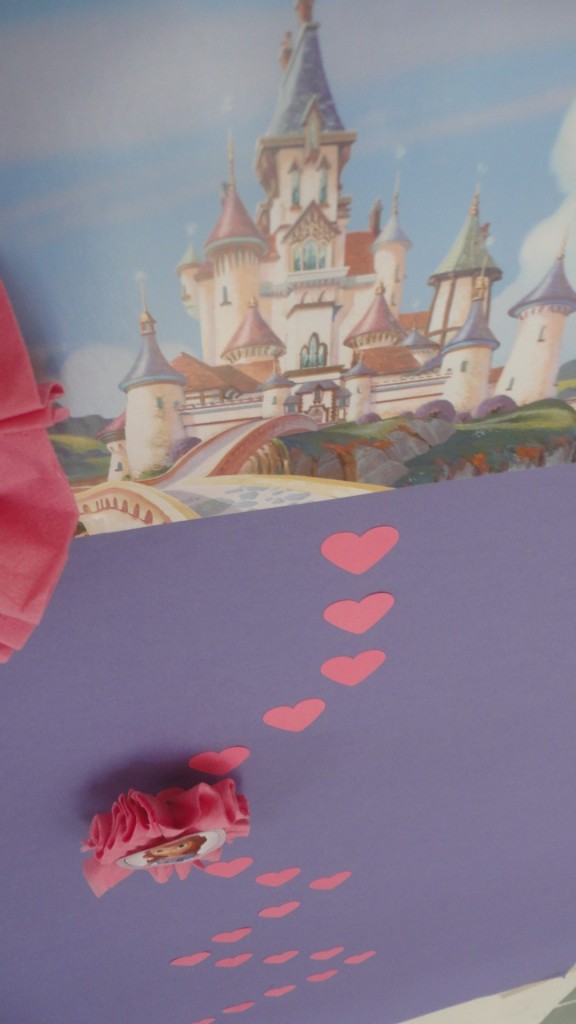 I’m sitting here and I still cannot believe how the day went incredibly smooth just because of this chart. 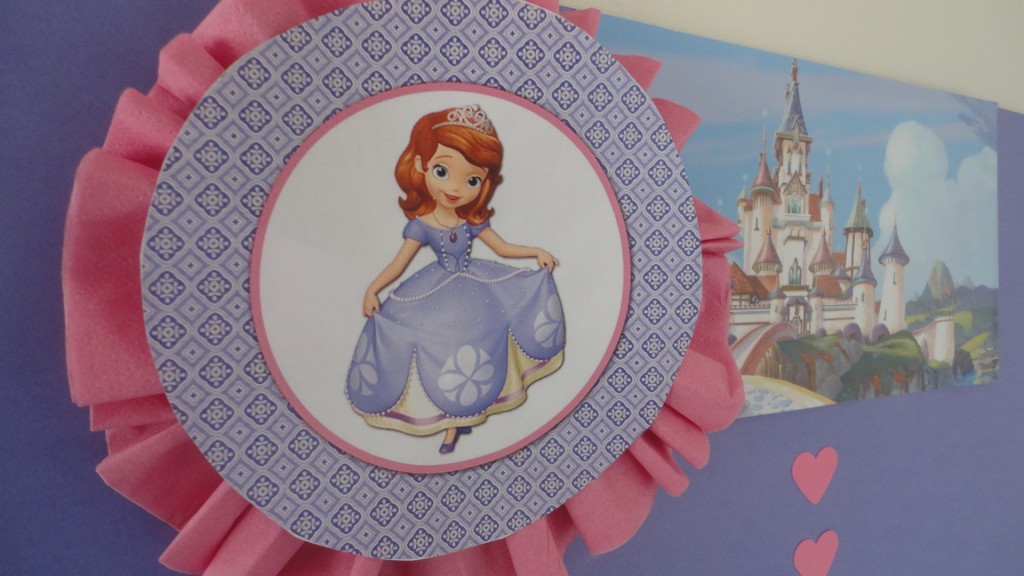 I don’t know if this is going to last but I can assure you I’m totally enjoying the peaceful atmosphere after a few stormy days. 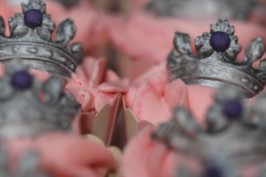